New Fielding Methods and Innovations Are Planned for the 2020 Census

More than 300 million people live in the United States and getting an accurate count of each and every one of them is no easy feat.

As the U.S. population has grown—from just under 4 million in 1790 to more than 329 million in 2019—the Census Bureau’s enumeration methods (how they count people) have evolved to adapt to new technologies, increase efficiency and accuracy, and help to control rising costs.

America’s first census takers fanned out across the young nation on horseback, going door-to-door to count the population. It wasn’t until 1880 that the Census Bureau deployed specially trained enumerators.

In 1700s and 1800s, literacy rates were much lower than they are today, and enumerators asked questions and recorded information about each occupant in a household using pen and paper. In 1940, the Census Bureau began offering a mail-back form for those who didn’t want to respond to income questions in person. It wasn’t until 1960 that self-response forms (where no census enumerator is involved) mailed back to the Census Bureau by respondents became the primary census data collection mode, although some communities, like those in remote areas of Alaska, are still enumerated in person even today.

By 1880, the U.S. population had grown to the point where the Census Bureau was collecting more data than it could tabulate, and a competition was held to find a more efficient method to process the information in time for the 1890 Census. Herman Hollerith, an inventor and former Census Bureau employee, invented a tabulating machine that captured and processed census data by “reading” holes on paper punch cards.1

It had taken eight years for the Census Bureau to process all the data from the 1880 Census. Using Hollerith’s tabulators, they reduced that time to six years for the 1890 Census, even as the population increased by more than 25 percent. Modified versions of Hollerith’s technology would be used for many decades until the machines were finally replaced by computers in the 1950s.

Continuing the tradition of changing methods for changing times, the 2010 Census provided field workers with handheld electronic devices to capture address data, but still relied on paper data collection for nonresponse follow-up (when a trained Census worker visits an address for in-person data collection if the form for that address was not already mailed in).

With internet access increasingly widespread across the United States, the 2020 Census will be conducted primarily online.2 Paper questionnaires will still be mailed in some circumstances, in-person enumeration will be conducted in special areas (such as remote Alaska and areas that have recently experienced natural disasters), and enumerators will follow up by phone or in person with households that don’t self-respond.3 Questionnaire Assistance Centers will also offer call-in telephone assistance to answer respondent questions and provide an option for callers to complete census interviews by phone.

In the 2018 Census Test, which took place in Providence County, R.I., more than 52 percent of households responded to the test on their own—in response to the initial mailing or after receiving a “we visited” note during the nonresponse follow up period. Of those self-responding households, about 61 percent responded online. Overall, about 32 percent of all Rhode Island households responded via the internet, with the remaining responses provided by mail, telephone, or to in-person enumerators.4 These results suggest that about one-third of households may complete their 2020 Census forms online.

Online response saves money by reducing the number of workers needed to transcribe data from paper forms. It’s also easier to provide translations online than to print forms in multiple languages. The 2020 Census online questionnaire and phone interviews will be available in English and 12 non-English languages—seven more than were available through printed forms in the 2010 Census.5

The Census Bureau is also taking steps to streamline field operations in 2020 to reduce cost.

The decennial census count is conducted using a comprehensive list of addresses, known as the Master Address File, which must be updated before the census begins. Rather than sending thousands of workers around the country to verify the address of every housing unit in advance of the 2020 Census—an expensive process—the Census Bureau used high-quality, high-resolution aerial and street-level imagery to conduct much of the address canvassing work.6 Field workers needed to visit some areas of the country to update and verify addresses, but virtual address canvassing greatly reduced the scope of that field work compared with the 2010 Census.

Field work also includes contacting households that don’t self-respond, a process referred to as Nonresponse Follow Up. In 2020, the Census Bureau will use technology to optimize field worker assignments and routing.

Administrative Records for Nonresponse Follow Up Will Fill in Gaps

The Census Bureau will use records from the U.S. Postal Service to help determine whether nonresponding addresses are vacant. Once an address is flagged as vacant, the Census Bureau will send one additional mailing encouraging self-response. If someone from the address responds, that response will be counted. If no one responds, there will be no further follow up. While remote identification of vacant units is expected to reduce field workload and Nonresponse Follow Up cost, some stakeholders worry that the process may incorrectly identify occupied units as vacant and thus increase the risk of an undercount.7

Administrative records will also help fill in the gaps for nonresponding addresses. If, after several contact attempts, there’s no response from an address that is believed to be occupied, the Census Bureau may use administrative records from organizations like the Internal Revenue Service and Center for Medicare and Medicaid Services to enumerate the household.

The Goal: An Accurate Count of the Population

An accurate population count is crucial for sound fiscal and infrastructure planning and effective public policy and business decisionmaking. Census data are used to determine how much federal funding is allocated for important projects and services that benefit local communities, including new roads, hospitals, schools, and other public-sector investments. Census data provide a benchmark for other public and private surveys and databases, including the American Community Survey. The census also plays a vital role in our nation’s system of government by determining how many representatives will be sent to Congress from each state.

No census is 100-percent accurate, and the 2020 Census will be no different. Despite the Census Bureau’s best efforts to “count everyone once, only once and in the right place,” some people will be missed while others will be counted more than once. However, the Census Bureau’s use of digital address canvassing, technology to optimize field worker assignments, an online response option, and administrative records are designed to help ensure an efficient and accurate count of the population in 2020. 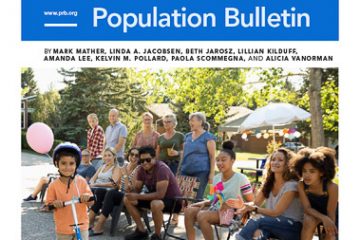