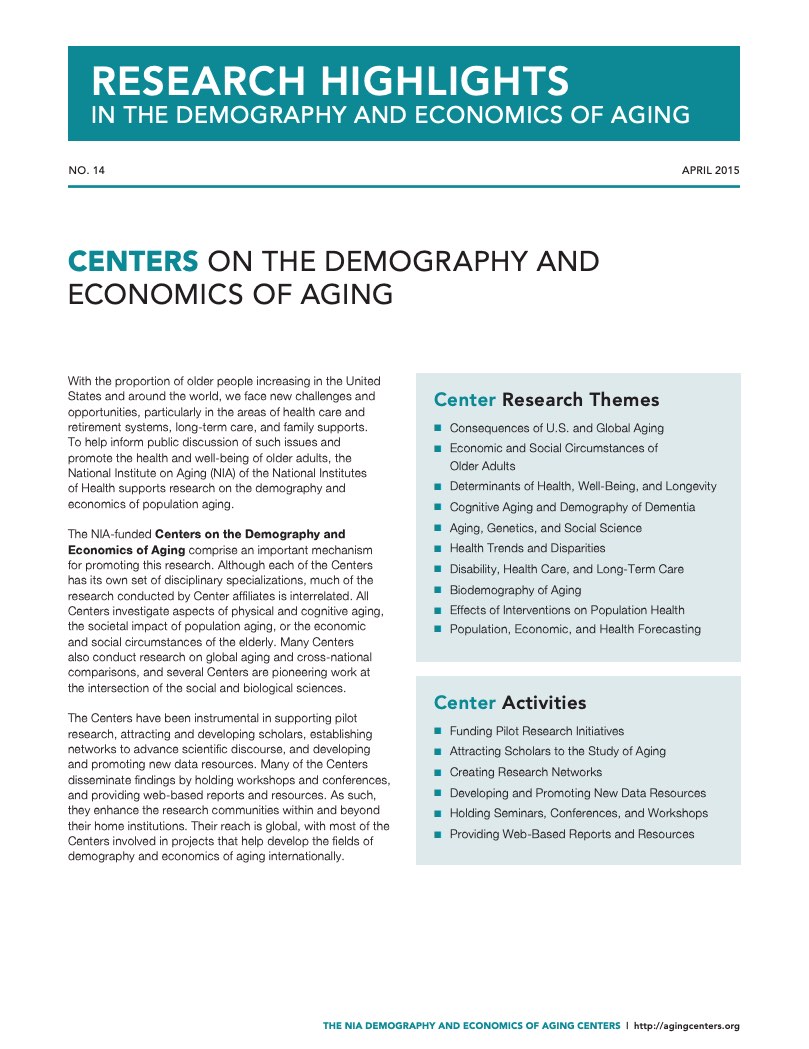 Report. Research Highlights in the Demography and Economics of Aging, no. 14

With the proportion of older people increasing in the United States and around the world, we face new challenges and opportunities, particularly in the areas of health care and retirement systems, long-term care, and family supports.

The NIA-funded Centers on the Demography and Economics of Aging comprise an important mechanism for promoting this research. Although each of the Centers has its own set of disciplinary specializations, much of the research conducted by Center affiliates is interrelated. All Centers investigate aspects of physical and cognitive aging, the societal impact of population aging, or the economic and social circumstances of the elderly. Many Centers also conduct research on global aging and cross-national comparisons, and several Centers are pioneering work at the intersection of the social and biological sciences.

The Centers have been instrumental in supporting pilot research, attracting and developing scholars, establishing networks to advance scientific discourse, and developing and promoting new data resources. Many of the Centers disseminate findings by holding workshops and conferences, and providing web-based reports and resources. As such, they enhance the research communities within and beyond their home institutions. Their reach is global, with most of the Centers involved in projects that help develop the fields of demography and economics of aging internationally.