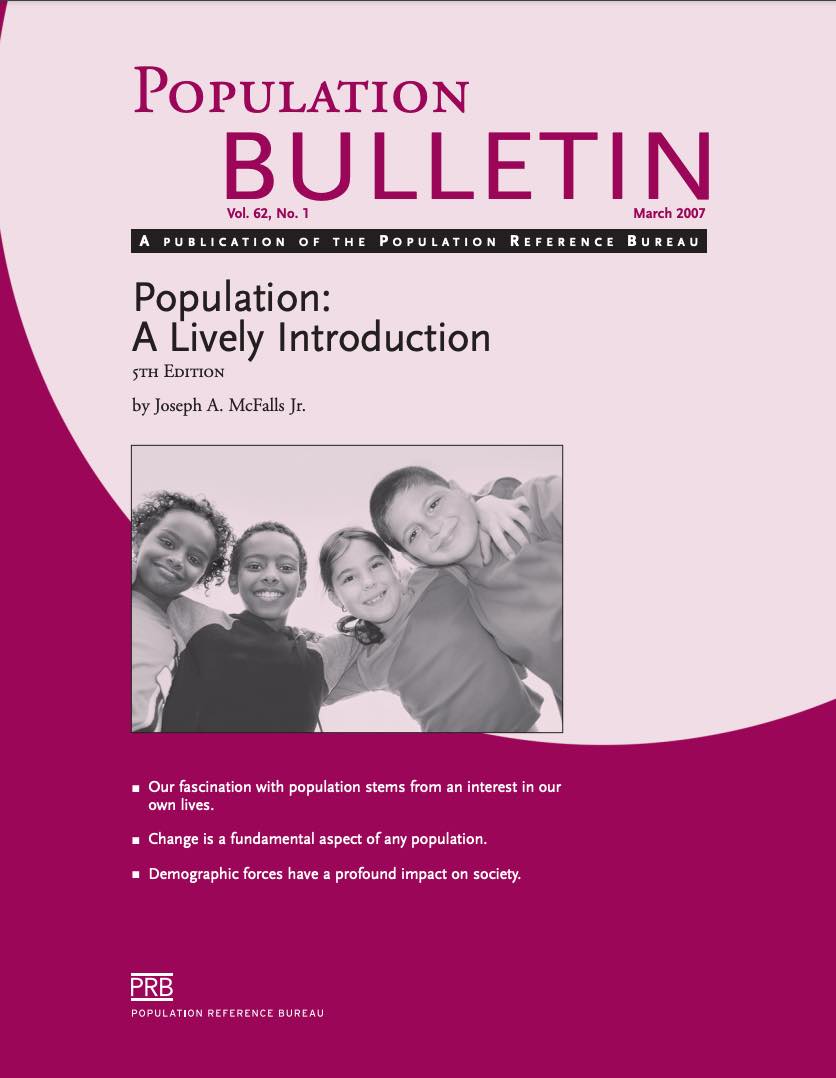 When where you born? How many brothers and sisters did you have? Where did your ancestors live? How long will you live?

Demography, or more generally, population studies, is the study of human populations: their size, composition, and distribution, as well as the causes and consequences of changes in these characteristics. Demography is clearly a discipline because it is a field with its own body of interrelated concepts, techniques, journals, departments, and professional associations. It is also an interdisciplinary field because it draws from many disciplines, including sociology, economics, biology, geography, history, and the health sciences.

Populations are never static. They grow or decline through the interplay of three demographic processes: birth, death, and migration. If some groups within a population grow or decline faster than others, the composition of the whole is altered.

In the newest edition of “Population: A Lively Introduction,” McFalls introduces the basics of population studies in a way that everyone can understand. He explains how to calculate the total fertility rate (TFR)—the average number of children a woman will have given current birth rates—but also reviews the social and biological factors that affect when women have children and how many they will have. Cultural attitudes—for example, about when young people can engage in sex, whether to use birth control, how long to breastfeed a baby, and when women should or should not have babies—affect the TFR.

Likewise, the study of mortality is more lively and less certain than it would seem. More and more people are living past age 100, but we don’t know what the upper limit to human life might be. No one has lived beyond 122 years and five months, as far as we know. And McFalls explains how the 2004 average life expectancy doesn’t apply to any one person, because the chances of dying from any one thing change over a lifetime. Just as HIV/AIDS took the world by surprise as it devastated certain population groups and some entire countries, we might see unexpected medical breakthroughs that protect against HIV and slow aging.

Updated with recent data, this new edition serves as a demography primer for anyone interested in the topic, which, according to McFalls, includes everyone.