(6th Edition, 2011) A quick guide to population dynamics for journalists, policymakers, teachers, students, and other people interested in demographics. 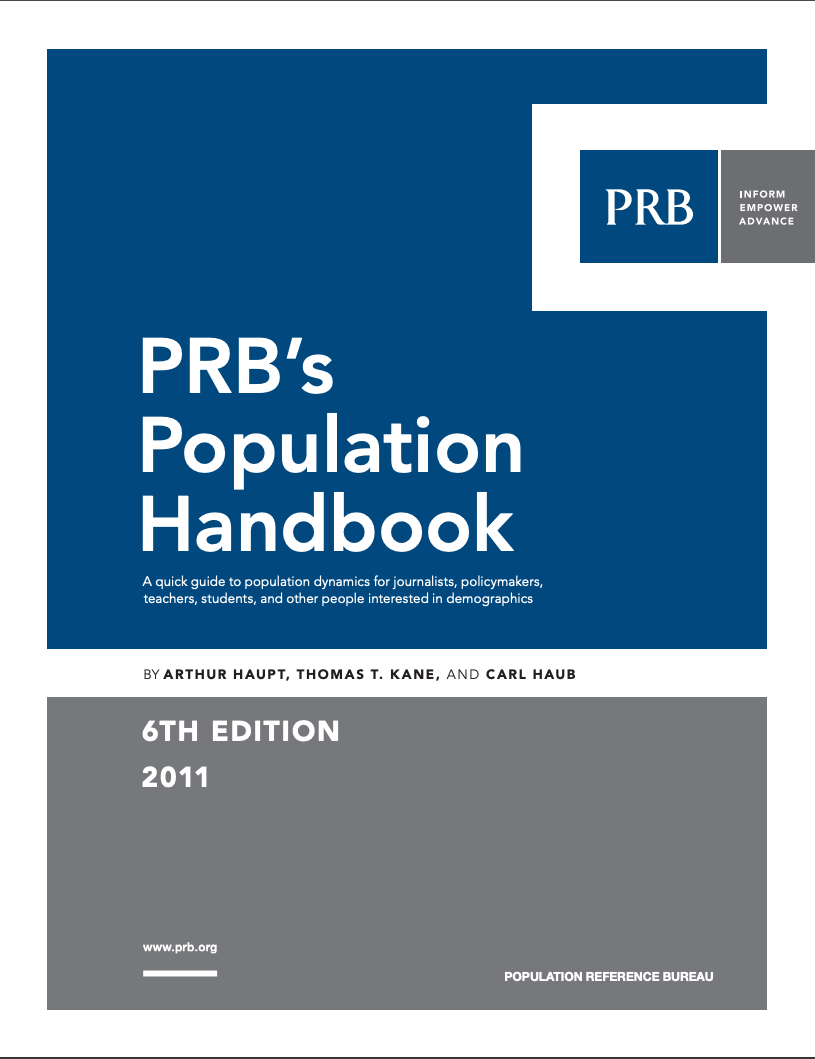 Everyone is a member of a population, and population factors have an impact on many facets of life—from where we live to the prices we pay for goods and services. The need for health care preoccupies the political leaders of the industrialized countries whose populations are “aging,” while the need for classrooms, employment opportunities, and housing preoccupies the leaders of countries that are still growing rapidly.

Population conditions influence history. Likewise, historical events can significantly affect populations. Wars can decimate a generation of men, as happened in the 20th century in the then-Soviet Union, France, Iraq, and several other countries. The discovery of new medicines often leads to increases in life expectancy, and different causes of death become more prominent. Alternatively, population change may sound a warning of other important changes. Environmental contamination may be detected first by increased reports of illness and rising mortality rates in certain geographic areas. In all these ways and more, population is news.

Population information is best communicated in terms of numbers and rates. It is not enough to know that life expectancy is increasing. How many years are being added? Over what time period has the change occurred? Which people are affected? What proportion of the population do they represent? Such information is more meaningful when it provides an indication of the magnitude and distribution of the phenomenon, as well as the trend. To be useful, data must be expressed clearly as well as accurately. Birth rates are often confused with growth rates; declining growth rates are sometimes mistakenly equated with declining population size.

This updated 6th edition of PRB’s Population Handbook explains demographic terms to journalists, policymakers, teachers, students, and others who need to understand and communicate about population.