Clearly visible is a profusion of slums spreading far from the city center, covering hillsides with an intricate mosaic of makeshift roofs.

“Sha!…It’s unreal. The houses look like stones on a mountain. A’malawi tili ndi ntchito yayikulu. We Malawians have a big job to do,” said one viewer, expressing a typical reaction.

“Have our Members of Parliament seen this?” asked a nongovernmental organization leader. “This needs to be shown in Parliament before they start planning for us.”

“Shocking when you see this live; we need to rethink as a country,” said another viewer in a call to the TV station. 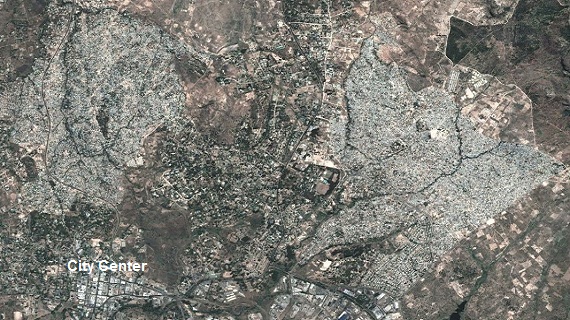 PRB organized a national task force chaired by Malawi’s Ministry of Economic and Development Planning and Ministry of Health that determined the video’s key messages; research organizations and NGOs, such as the Family Planning Association of Malawi and UNFPA participated. PRB produced the video in collaboration with the task force.

And this project is changing the conversation. Policymakers now talk about the challenge of 10 million youth, and the 1 in 4 women with an unmet need for family planning, said Sandra Mapemba, PRB’s Malawi country coordinator.

“IDEA has unpacked the data in a meaningful way, and policymakers can understand the magnitude of the situation and appreciate the work cut out for Malawi,” she explained. In her view, IDEA is providing key tools to help the government ministries explain the role of family planning and development.

Focusing on Progress Made and Challenges Ahead

The IDEA video and a 24-page IDEA report, Why Population Matters to Malawi’s Development: Managing Population Growth for Sustainable Development, highlight both the advances Malawi has made and the challenges it still faces as it strives to become a middle-income country. For example, modern contraceptive use has grown in Malawi (currently at 42 percent of childbearing-age women), but large families remain the norm (women average 5.7 children each), Stewart noted.

During summer 2012, the video aired several times on national television following the evening news to insure a large audience. Versions were shown in both English and Chichewa, the nation’s two official languages.

On World Population Day, July 11, the broadcast included a panel discussion with representatives of the Malawian government including the vice president’s office, religious leaders, the Family Planning Association of Malawi, and UNFPA and USAID.

“We’ve made great strides,” Nissily Mushani, an economist in Malawi’s Ministry of Economic Planning and Development told the audience. “We’re on track to meet some of the Millennium Development Goals by 2012—we’re reducing poverty, fewer children are dying, and we’re working to stabilize and sustain our environment.”

“But…women are still dying in childbirth, our children are dropping out of school early, and opportunities for productive work are few,” she argued. “The faster our population grows, the more difficult it will be to overcome these challenges.”

After airing the IDEA video, the television station manager fielded calls from viewers expressing concern and urging action, Mapemba reported. Because of the way the video has galvanized attention, health ministries in other African countries are considering producing similar programs, according to Stewart.

Khumbo Kachali, Malawi’s vice president and minister of health, was enthusiastic about the presentation and its message. “Family planning is a family business, and both men and women should be involved,” he argued during his address to the conference. “Family planning can reduce maternal deaths by 33 percent and child deaths by more than 20 percent, can slow population growth and as a result reduces strain on social service budgets and lightens the impact on the natural environment.”

A communique produced at the end of the two-day meeting reflected the 340 delegates’ support for a number of goals, including ensuring that a revised National Population Policy is approved and implemented to guide action on family planning and population issues.

“There’s awareness among Malawi’s leaders that to move forward, they must invest in and capitalize on their children and young people,” Stewart commented. “That is, focus on tailoring programs to improve their health, education, and well-being to have a resilient economy and a competitive workforce.”

At the International Family Planning Summit held in London in July, Vice President Kachali pledged to increase Malawi’s funding for family planning to address unmet need, to finalize the nation’s new population policy, and to increase the legal age of marriage to 18.

Taking the Conversation to District Planners and Community Leaders

Recently, Malawi has delegated more responsibility for policymaking and budgeting to district-level leaders. For this reason, PRB is collaborating with the Family Planning Association of Malawi to take the IDEA video and its message on the importance of family planning to regional and district-level events throughout the country. Facilitators will lead local discussions and answer questions.

Viewers frequently ask about Malawi’s traditional preference for large families, the difference between Malawi and countries with large populations like China that seem to be flourishing, and the role of religion in family planning decisions, according to Mapemba. Audiences also often want to talk about local shortages of contraceptive supplies, she noted. 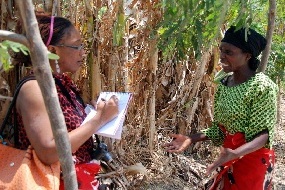 On another site visit, journalists toured the maternity wards of district hospitals to see firsthand the consequences of rapid population growth on the health system and hear from teenage mothers who left school because of pregnancy, reported Stewart. Tribal leaders discussed cultural practices that encourage early marriage and rapid population growth, and youth organization leaders described the importance of girls’ education on both the girls and their future families.

Members of Parliament joined many of these study tours, engaging the presenters in healthy debates that help the journalists get material for their stories. “One news story covered a member of Parliament’s call for a referendum to raise Malawi’s legal age for marriage, which he made on one of these IDEA media study tours,” explained Stewart.

For Mapemba, the most exciting part of the entire effort is “how the project has made the data meaningful—enough to get policies approved, program managers planning, members of Parliament understanding the linkages, and communities beginning to re-look at issues around family planning in relation to family needs and social services.”

Stewart agreed: “These issues seem to be gaining traction within the Parliament and government; there’s political will now among high-level policymakers. The government made important pledges at the London Family Planning Summit. Now it remains for the pledges to become realities on the ground.”