The Risk of Negative Child Outcomes in Low-Income Families 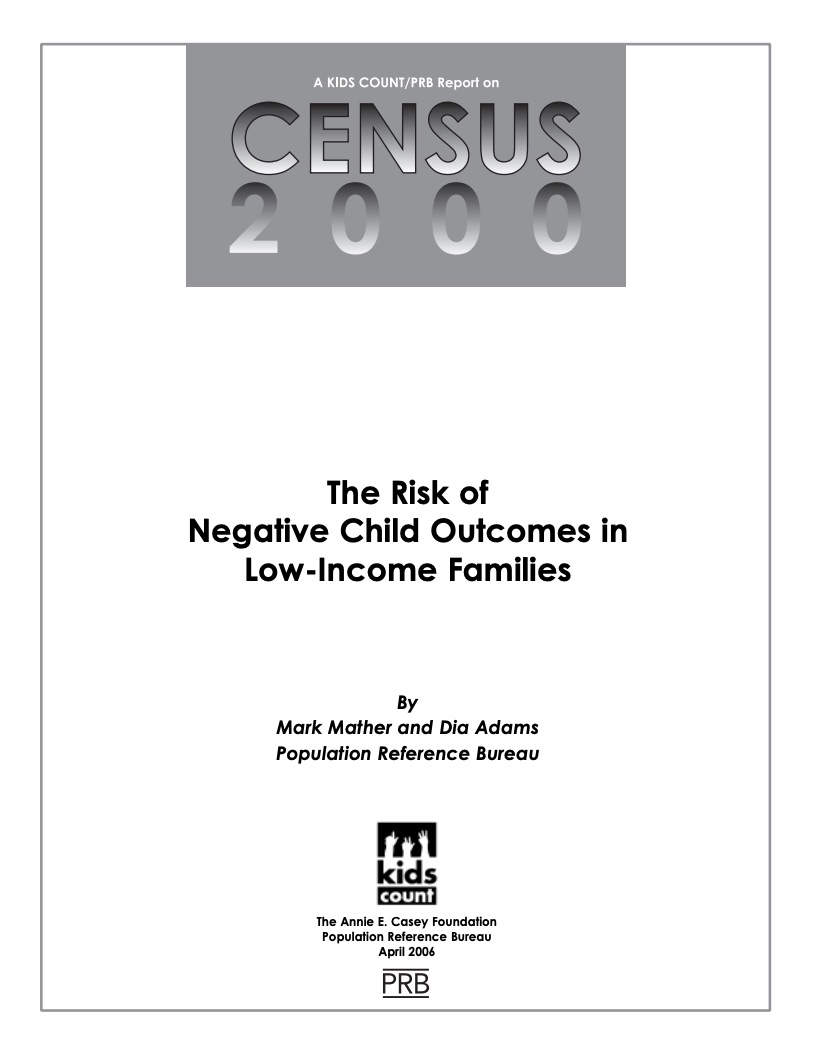 Report. The Risk of Negative Child Outcomes in Low-Income Families

The child poverty rate has become one of the most widely used indicators of child well-being in the United States. Poverty thresholds are also used to determine eligibility for many federal, state, and local programs designed to benefit needy children and families. But a new PRB analysis of 2000 Census data suggests that poverty thresholds may not be the best way to determine eligibility for a needs-based program.

Written by Mark Mather, deputy director of domestic programs at the Population Reference Bureau, and Dia Adams, PRB research assistant, “The Risk of Negative Child Outcomes in Low-Income Families” finds a highly linear relationship between family income and several key dimensions of child well-being. These findings suggest that families might be better served by programs that provide assistance in proportion to income, with the most assistance going to children in the poorest families.

The report also finds that more than 25 million children (36 percent of all U.S. children) lived in families with yearly incomes of less than $35,000 in 1999—roughly twice the poverty threshold. In addition there are significant racial, ethnic, and geographic differences in the proportions of U.S. children residing in poor and low-income families as well as in the concentrations of negative child outcomes.