Social Security Systems Around the World 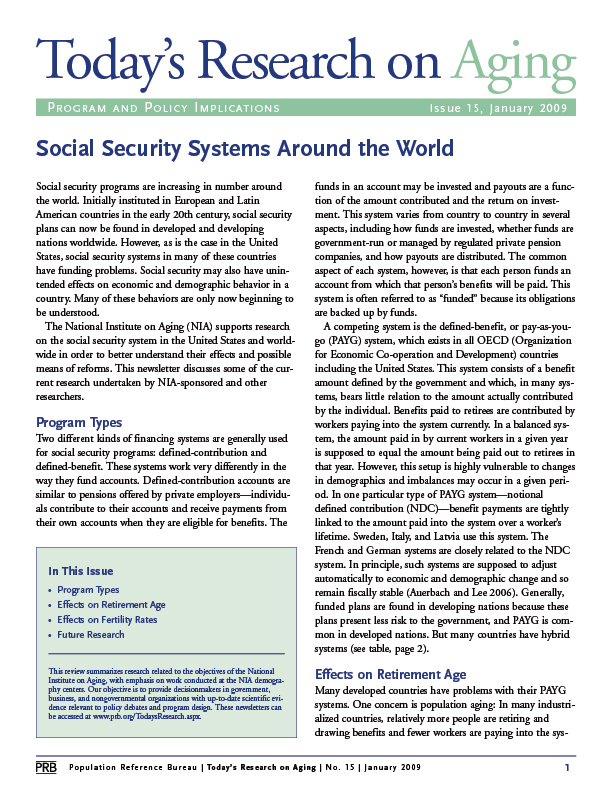 Social security programs are increasing in number around the world.

Initially instituted in European and Latin American countries in the early 20th century, social security plans can now be found in developed and developing nations worldwide. However, as is the case in the United States, social security systems in many of these countries have funding problems. Social security may also have unintended effects on economic and demographic behavior in a country. Many of these behaviors are only now beginning to be understood.

The National Institute on Aging (NIA) supports research on the social security system in the United States and worldwide in order to better understand their effects and possible means of reforms. This newsletter discusses some of the current research undertaken by NIA-sponsored and other researchers.