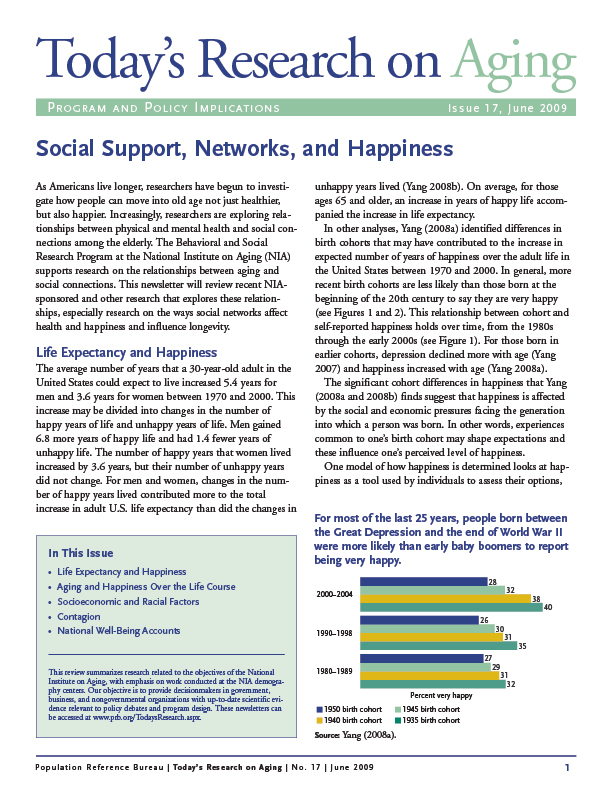 As Americans live longer, researchers have begun to investigate how people can move into old age not just healthier, but also happier.

Increasingly, researchers are exploring relationships between physical and mental health and social connections among the elderly. The Behavioral and Social Research Program at the National Institute on Aging (NIA) supports research on the relationships between aging and social connections. This newsletter reviews recent NIA-sponsored and other research that explores these relationships, especially research on the ways social networks affect health and happiness and influence longevity.

In other analyses, Yang identified differences in birth cohorts that may have contributed to the increase in expected numbers of years of happiness over the adult life in the United States between 1970 and 2000. In general, more recent birth cohorts are less likely than those born at the beginning of the 20th century to say they are very happy. This relationship between cohort and self-reported happiness holds over time, from the 1980s through the early 2000s. For those born in earlier cohorts, depression declined more with age and happiness increased with age.2