The Appalachian Region in 2010: A Census Data Overview 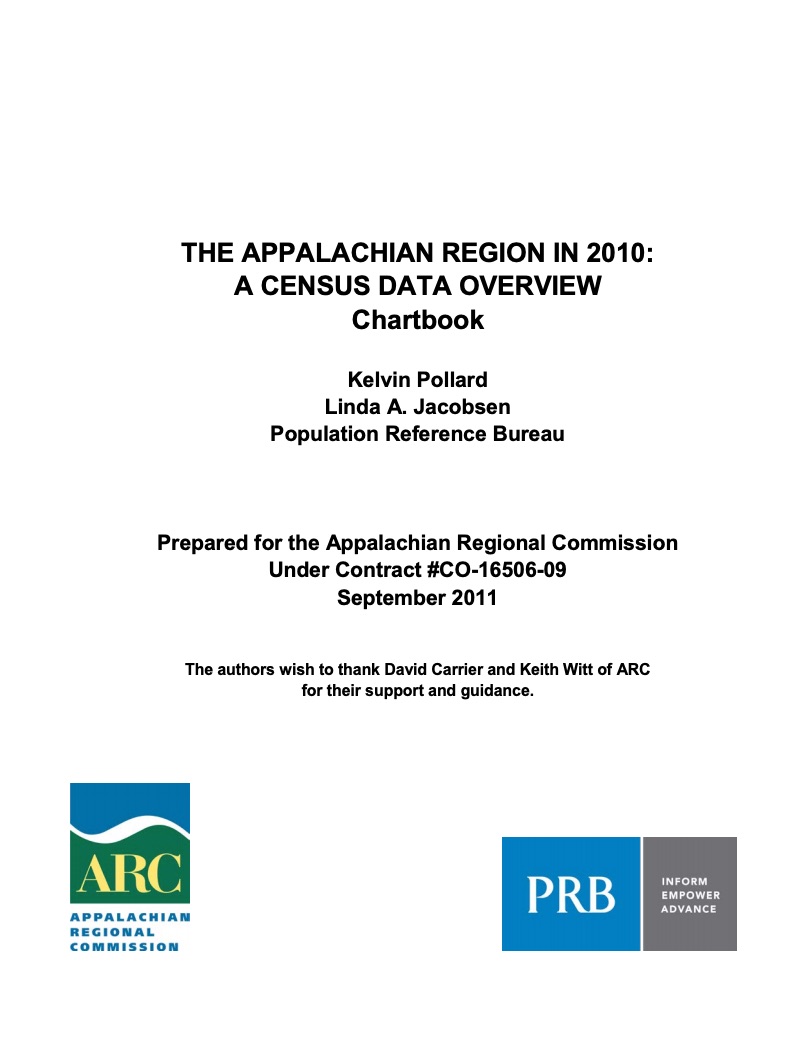 Chartbook. The Appalachian Region In 2010: A Census Data Overview

This report, prepared by PRB for the Appalachian Regional Commission, has a wealth of charts and maps that describe the population of Appalachia. Of the 308.7 million Americans in 2010, 25.2 million lived in the Appalachian region. Yet the population size of Appalachia’s 420 counties varied greatly. While two-thirds of the counties had populations of less than 50,000 people, there are pockets clustered in large and mid-sized metropolitan areas, including Pittsburgh, Birmingham, and the Atlanta suburbs. Allegheny County, Pa. (where Pittsburgh is located) had 1.2 million residents in 2010.