(August 2002) Over the past two decades, the median age of primary and secondary school teachers increased from 36 to 43. In 2000, teachers ages 40 and over accounted for 60 percent of the teacher population, compared with 40 percent in 1980. With a large number of teachers approaching retirement age, it is projected that 2 million new teachers will need to be hired in the next decade. However, the number of new teachers needed varies by region. The Midwest faces the greatest potential shortages, with an increase in median age from 34 in 1980 to 45 in 2000. In contrast, the median age of teachers in the West increased by only five years during this period, from 37 to 42. 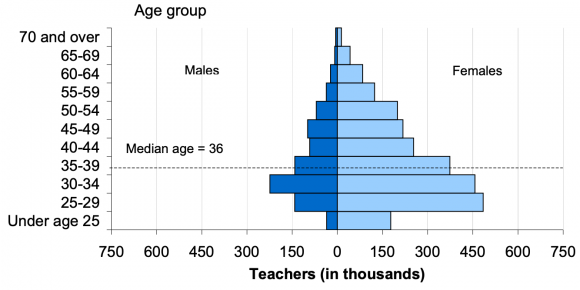 Age Distribution of Primary and Secondary School Teachers in the United States, 1980

What effect will these demographic trends have on schools? Higher student-teacher ratios (more students per teacher) and strains on school resources could result unless policymakers take steps to attract more people to the profession. 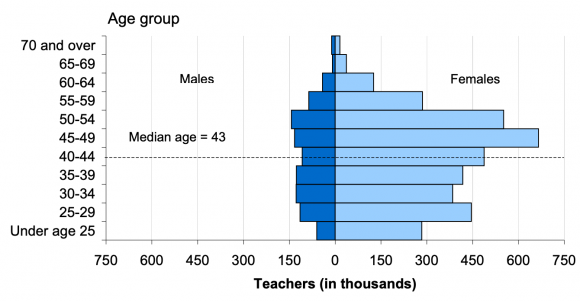 Age Distribution of Primary and Secondary School Teachers in the United States, 2000