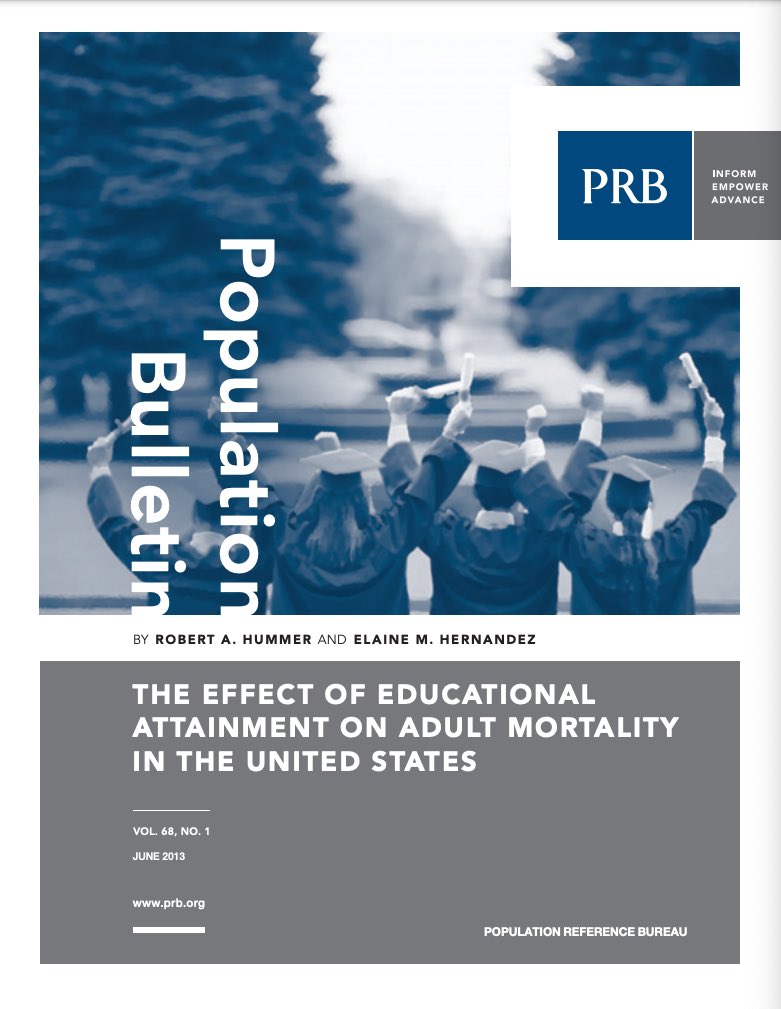 Population Bulletin, vol. 68, no. 1. The Effect of Educational Attainment on Adult Mortality in the U.S.

These differences represent critical health and social issues with important implications for policymakers. Because well-educated individuals have a much longer life expectancy, is such an accomplishment (or at least a substantial improvement) possible for other subgroups? The potential to reduce these educational differences in mortality and life expectancy underscores the need to accurately describe them and understand why they exist. Armed with such information, policymakers then have the evidence to ensure that U.S. adults are sufficiently educated so that no group pays a “longevity penalty.”

Despite the potential to reduce educational differences in mortality, it may be overly simplistic to assume that they are easily responsive to increased future investments in the education of U.S. children. Higher levels of schooling do not necessarily cause people to live longer. Other factors, such as parental education and income, may be related to both high educational attainment and longevity among U.S. adults. If so, then even the best-intentioned policy efforts to reduce educational differences in mortality may be of little value. In short, this area of scientific inquiry and policy interest is controversial.

Listen to the Authors Describe Their Findings

Relationship Between Educational Attainment and Mortality for U.S. Adults

Remaining Years of Life for U.S. Adults at Age 25 by Educational Attainment, 2005