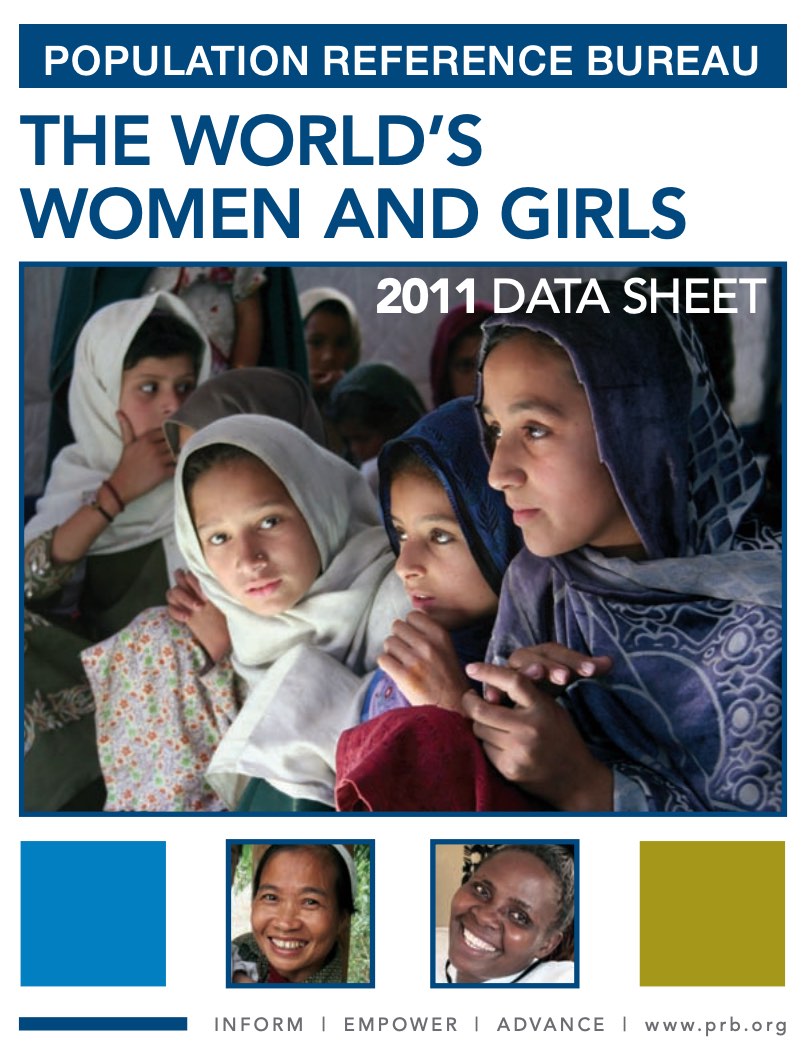 (March 2011) In which country do 72 percent of women marry before age 18? Worldwide, what percent of girls complete primary school? What is the average number of lifetime births per woman in Niger?

A rich store of data and analysis, including the answers to these questions, is available in the Population Reference Bureau’s new publication,The World’s Women and Girls 2011 Data Sheet.

The situation of women and girls around the world is gaining increased attention in a number of national and international policy commitments such as the U.S. Global Health Initiative and the United Nation’s Millennium Development Goals. The World’s Women and Girls 2011 Data Sheet has the latest data on a wide variety of indicators on the socioeconomic status of women and girls in more than 180 countries, with a focus on demography, reproductive health, education, work, and public life. A special section on overcoming barriers to gender equality is also featured.

Graphics explore issues such as:

To request print copies, contact idea@prb.org. This PRB publication is funded by USAID through the IDEA project. IDEA—Informing DEcisionmakers to Act—increases support among policy audiences for effective health and population programs around the world.