Toward an Engaged Public Demography 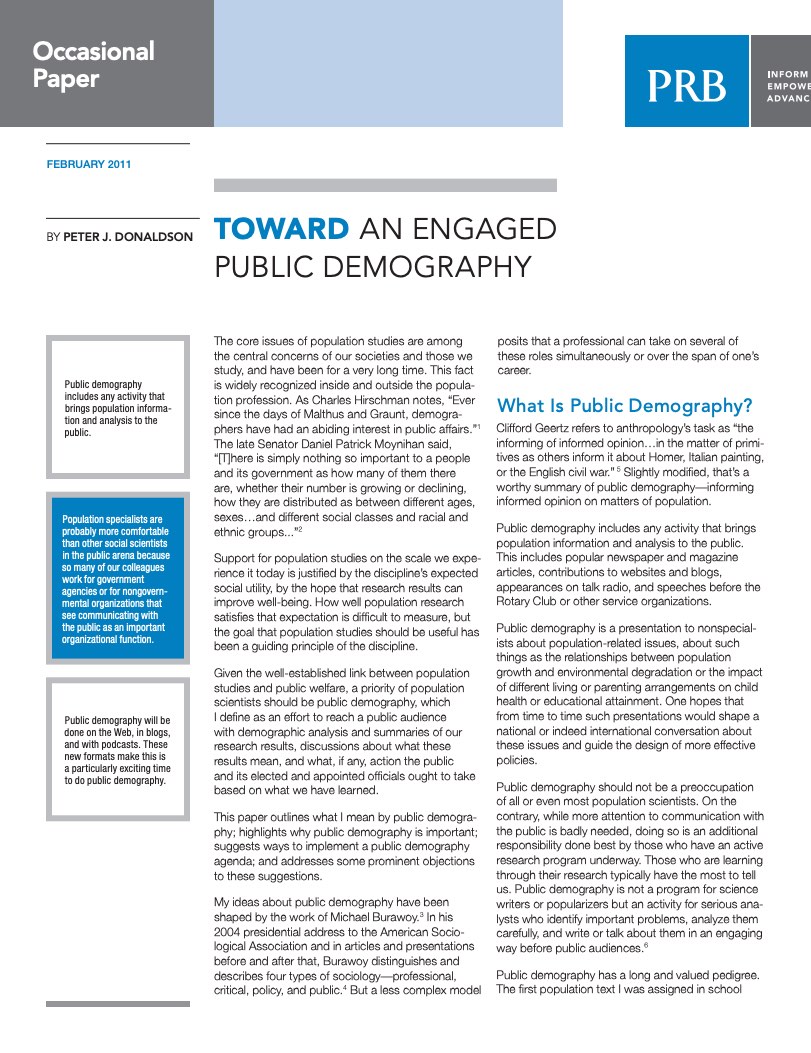 Paper: Toward an Engaged Public Demography

(February 2011) The core issues of population studies are among the central concerns of our societies and those we study, and have been for a very long time. This fact is widely recognized inside and outside the population profession. As Charles Hirschman notes, “Ever since the days of Malthus and Graunt, demographers have had an abiding interest in public affairs.”1 The late Senator Daniel Patrick Moynihan said, “[T]here is simply nothing so important to a people and its government as how many of them there are, whether their number is growing or declining, how they are distributed as between different ages, sexes…and different social classes and racial and ethnic groups…”2

Given the well-established link between population studies and public welfare, a priority of population scientists should be public demography, which I define as an effort to reach a public audience with demographic analysis and summaries of our research results, discussions about what these results mean, and what, if any, action the public and its elected and appointed officials ought to take based on what we have learned.

My ideas about public demography have been shaped by the work of Michael Burawoy.3 In his 2004 presidential address to the American Sociological Association and in articles and presentations before and after that, Burawoy distinguishes and describes four types of sociology—professional, critical, policy, and public.4 But a less complex model posits that a professional can take on several of these roles simultaneously or over the span of one’s career.