Household size and composition play an important role in the economic and social well-being of families and individuals. The number and characteristics of household members affect the types of relationships and the pool of economic resources available within households, and they may have a broader impact by increasing the demand for economic and social support services. For example, the growth in single-parent families has increased the need for economic welfare programs, while a rising number of older adults living alone has led to greater demand for home health care workers and other personal assistance services. The decennial census provides the most comprehensive and reliable data on changing household size and composition, especially for less numerous household types such as same-sex married couples.

A Reversal of the Long-Term Decline in Household Size?

Average household size has declined over the past century, from 4.6 persons in 1900 to 3.68 persons in 1940 to only 2.58 persons by 2010.1 This decline is due to decreases in the share of households with three or more persons and increases in the share with only one or two persons. In 1940, for example, more than one in four households (27 percent) had at least five persons and less than one in 10 (8 percent) had only one person.2 By 2010, these shares had nearly reversed, with more than one-fourth of all households (27 percent) having only one person and slightly more than one-tenth (11 percent) having five or more persons.3

Household Composition Continues to Shift From Family to Nonfamily Households

The Share of Married-Couple Households With Children Has Declined

Since 1980, the pace of change has slowed but the transformation of family households has continued. By 2017, married-couple families accounted for less than half of all households, and only about one-fifth (19 percent) of households were married couples with children. The share of married-couple families without children also declined slightly to 28 percent between 1980 and 2010, but increased to 30 percent between 2010 and 2017—almost back to the 1960 level of 31 percent. In contrast, the share of single-parent families continued to increase after 1980, rising to 10 percent by 2010, while the share of other families rose from 6 percent to 9 percent of all households by 2017.

Household composition varies among householders in different age groups and reflects the sequence of life-cycle stages that individuals experience as they age—from moving out on their own to marriage and family formation to empty nest to retirement. Changes in the share of householders in different age groups have contributed to shifts in household composition in the United States.

Percent Distribution of U.S. Household Types by Age of Householder, 2017

Beginning in the 1960s—and accelerating over the last two decades—changes in marriage, cohabitation, and childbearing have played a key role in transforming household composition in the United States. More recently, population aging and shifts in the age distribution of householders are also contributing to these changes in composition.

Delays in marriage and childbearing and increases in cohabitation among young adults have contributed to the decline in the share of family households—particularly married couples with children—and the steep rise in the share of nonfamily households. The median age at first marriage reached a new high in 2017—29.5 for men and 27.1 for women—and cohabitation rates have continued to increase.6 In 2011-2013, 65 percent of women ages 19 to 44 reported having had a cohabiting relationship, up from 33 percent in 1987.7

Between 2000 and 2010, the increase in cohabiting couples with children contributed to growth in the shares of both single-parent families and other nonfamily households due to the ways the Census Bureau classifies such couples by household type. However, between 2010 and 2017, the share of other nonfamily households stayed constant, and the share of single-parent families declined slightly from 10 percent to 9 percent. This decrease may be due to the drop from 18 percent to 14 percent in the share of householders under age 25 who were heading single-parent families. While declining birth rates among young women are partly responsible, this decline could also be related to more young couples with children living with their parents rather than in their own households. This explanation is supported by evidence of an increase in the number of multigenerational households, which rose from 4.4 million in 2010 to 4.6 million in 2017.

A Growing Share of Householders Are Ages 65 and Older

As fertility rates have fallen and baby boomers have aged, the distribution of the adult population ages 18 and older in the United States has shifted to older age groups. Between 2010 and 2017, the share of adults ages 45 to 64 declined from 35 percent to 33 percent, while the share ages 65 and older increased from 17 percent to 20 percent. About 22 percent of the adult population is projected to be age 65 or older by 2020.

These shifts in the age distribution of the adult population have been accompanied by changes in the age distribution of householders. Between 2010 and 2017, the shares of householders under age 25, ages 25 to 44, and ages 45 to 64 all declined by 1 or 2 percentage points, while the share of householders ages 65 and older increased by nearly 4 percentage points. This increase in the share of older householders is contributing to growth in the shares of both married-couple households without children and one-person households. These trends are likely to continue as more baby boomers enter older age groups in the coming decades.

Young adults forming new, independent households—alone, with a spouse or partner, or with unrelated roommates—has historically been an important factor in the overall household growth rate. Between 2010 and 2017, the young adult population (ages 18 to 34) increased by 4.2 million, accounting for nearly a quarter of the growth in the adult population (ages 18 and older).10 Yet, the household growth rate slowed to only 3 percent during this period—much lower than the 11 percent growth rate between 2000 and 2010. While the living arrangements of adults ages 35 to 64 have remained stable, recent changes in young adults’ living arrangements help explain the decline.

FIGURE 2. Share of Young Adults Living With Their Parents Increases, While Share Living With a Spouse Declines

Notes: “Other living arrangements” include householders living alone, with an unmarried partner, with other relatives, or with nonrelatives. Percentages may not sum to 100 due to rounding.
Source: U.S. Census Bureau, 2010 and 2017 American Community Survey PUMS.

The Great Recession and the slow economic recovery, high student debt loads, and high relative housing costs have all likely contributed to the declining shares of young adults forming or maintaining independent households since 2010. Whether these patterns persist into 2020 and beyond is an open question. If the job market and earnings continue to improve, the ability of young adults to form new households may increase. If housing costs continue to rise, however, the resulting economic burden on young adults may counteract any improvements in employment and earnings and dampen household growth rates in the future. 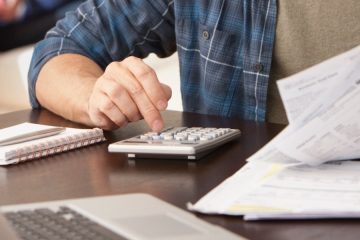