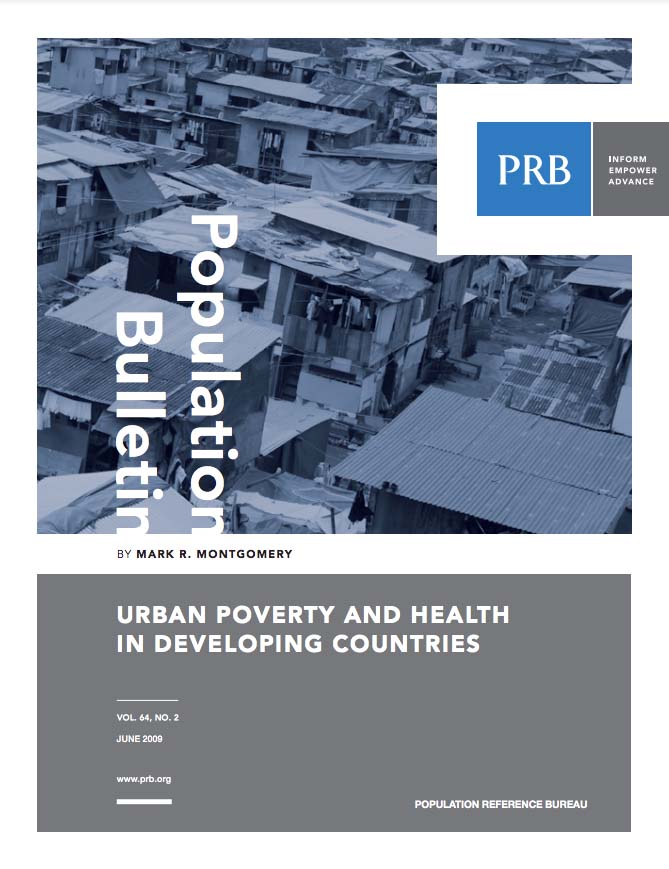 (May 2009) The era in which developing countries could be depicted mainly in terms of rural villages is now in the past. A panoramic view of today’s demographic landscape reveals a myriad of cities and towns.

By 2030, according to the projections of the United Nations Population Division, more people in the developing world will live in urban than rural areas; by 2050, two-thirds of its population is likely to be urban.1 The world’s population as a whole is expected to grow by 2.5 billion from 2007 to 2050, with the cities and towns of developing countries absorbing almost all of these additional people.

This demographic transformation will have profound implications for health. To understand these consequences, it is important to set aside the misconceptions that have prevented the health needs of urban populations from being fully appreciated. The most urgent need is to acknowledge the social and economic diversity of urban populations, which include large groups of the poor whose health environments differ little from those of rural villagers. On average, urbanites enjoy an advantage in health relative to rural villagers, but health policies for an urbanizing world cannot be based on averages alone. Disaggregation is essential if policies are to be properly formed and health programs targeted to those most in need.

The supply side of the urban health system is just as diverse as the urban population. The private sector is a far more important presence in cities than in rural areas, and urban health care is consequently more monetized. Even in medium-sized cities, one can find a full array of providers who serve various niches of the health care market, ranging from traditional healers and sellers of drugs in street markets to well-trained surgeons. In addition to the socioeconomic and supply-side differences within any given city, there are important differences across cities that warrant attention. Much of the demographic and health literature has concentrated on the largest cities of developing countries, leaving the impression that most urban residents are found in these huge agglomerations. In fact, small cities and towns house the vast majority of developing-country urban dwellers.2 A number of studies suggest that rates of poverty in these smaller settlements often exceed the rates in large cities, and in many countries small-city residents go without adequate supplies of drinking water and minimally acceptable sanitation.3 Rural shortages of health personnel and services are receiving attention in the recent literature, but similar shortages also plague smaller cities and towns.4 As developing countries engage in health-sector reforms and continue to decentralize their political and health systems, allowances will need to be made for the thinner resources and weaker capabilities of these urban areas.

Mark R. Montgomery is a professor in the economics department at Stony Brook University and a senior associate with the Population Council’s Poverty, Gender, and Youth Program.