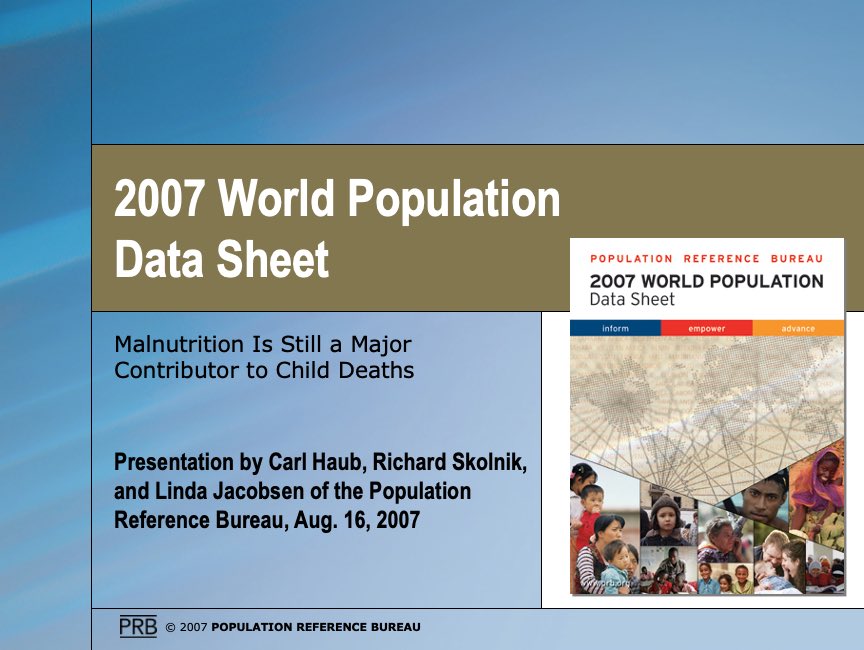 The theme of this year’s data sheet was “Malnutrition Is a Major Contributor to Child Deaths.” Presenters at the briefing were:

This webcast shows the briefing in its entirety. Each presenter illustrated his or her remarks with a series of Powerpoint Graphics, which are synchronized with the presenter’s remarks.