Who Speaks for Me? Ending Child Marriage 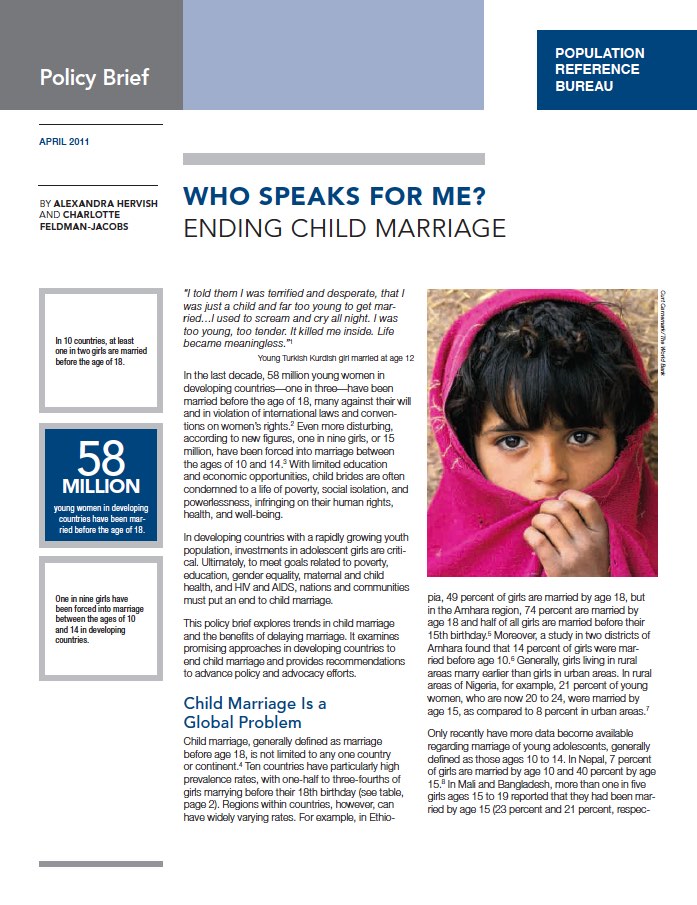 Policy Brief: Who Speaks for Me? Ending Child Marriage 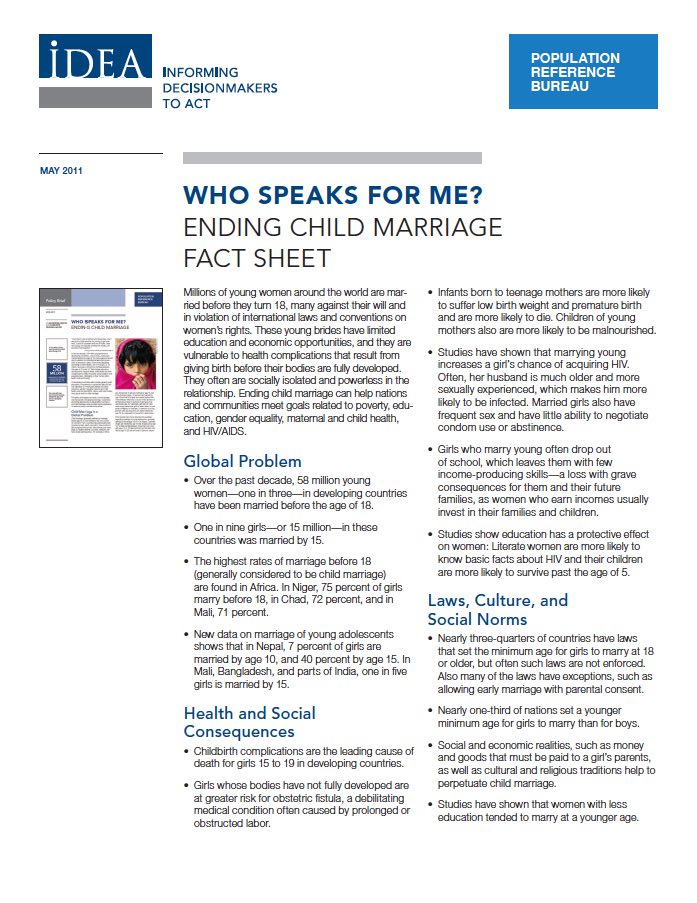 “I told them I was terrified and desperate, that I was just a child and far too young to get married…I used to scream and cry all night. I was too young, too tender. It killed me inside. Life became meaningless.” Young Turkish Kurdish girl married at age 12.

(April 2011) In the last decade, 58 million young women in developing countries—one in three—have been married before the age of 18, many against their will and in violation of international laws and conventions on women’s rights. Even more disturbing, according to new figures, one in nine girls, or 15 million, has been forced into marriage between the ages of 10 and 14. With limited education and economic opportunities, child brides are often condemned to a life of poverty, social isolation, and powerlessness, infringing on their human rights, health, and well-being.

In developing countries with a rapidly growing youth population, investments in adolescent girls are critical. Ultimately, to meet goals related to poverty, education, gender equality, maternal and child health, and HIV and AIDS, nations and communities must put an end to child marriage.

This PRB policy brief explores trends in child marriage and the benefits of delaying marriage. It examines promising approaches in developing countries to end child marriage and provides recommendations to advance policy and advocacy efforts.

Alexandra Hervish is a policy analyst at the Population Reference Bureau. Charlotte Feldman-Jacobs is program director, Gender, at PRB.