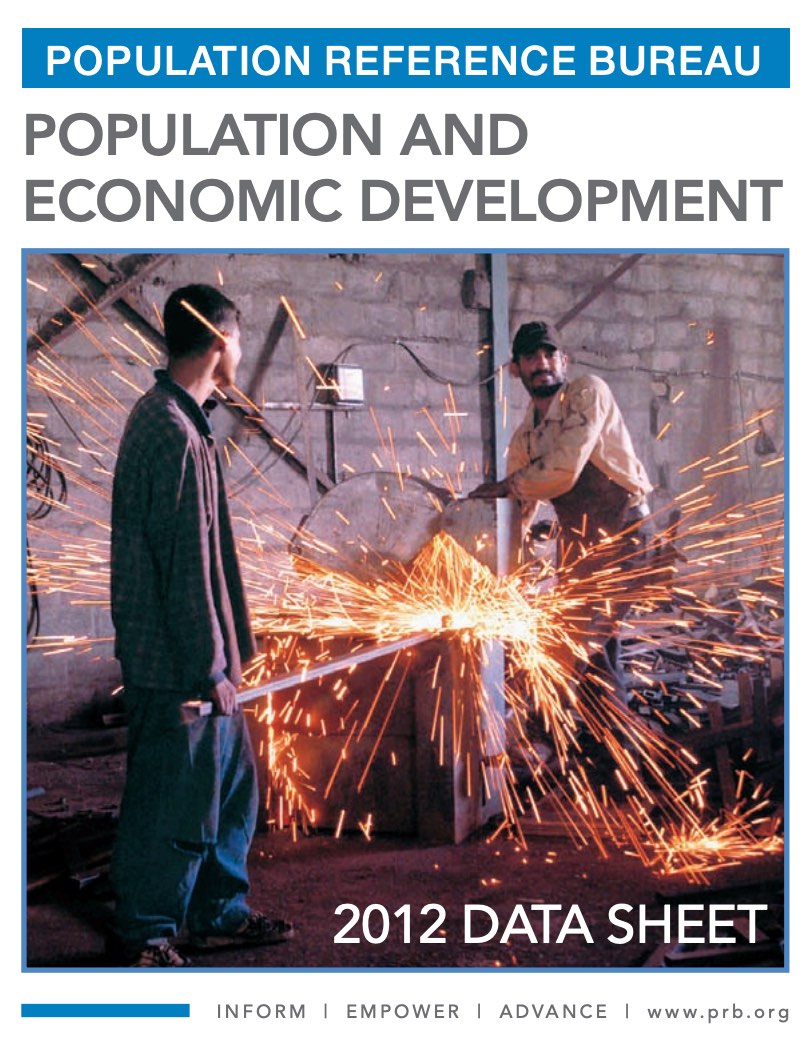 (April 2012) Late last fall, Yemen’s president of 33 years, Ali Abdullah Saleh, agreed to step down and transfer power to his vice president—quelling anti-government protests that erupted in January 2011 soon after the Arab Spring uprisings elsewhere in the Middle East and North Africa.

With three-quarters of the population younger than age 30, the vast majority of Yemen’s 24 million people have known no other leader. Saleh’s deputy, Abdrabbuh Mansour Hadi, headed an interim unity government that included members of the opposition and was inaugurated as president following February elections in which he was the only candidate.

This new government faces a variety of continuing security threats. At the same time, however, Yemen’s leaders must grapple with long-standing social, demographic, and environmental challenges. Chief among these challenges are widespread poverty; rapid population growth; a large, young unemployed population; and a diminishing supply of fresh water and oil resources.

Located at the base of the Arab Peninsula between Oman and Saudi Arabia, Yemen is the poorest Arab country. More than one-third of the population is undernourished, and nearly half of children younger than 5 are underweight.

While income per capita for 2011 stood at $2,330, 47 percent of all Yemenis live on less than $2 per day. This disparity is reflected in figures in PRB’s Population and Economic Development 2012 Data Sheet: The poorest fifth of Yemen’s population receives about 7 percent of national consumption, compared with the 45 percent that accrues to the richest fifth.

Yemen is among the countries experiencing the world’s most rapid population growth, reflecting the combined impact of declines in infant and child mortality while birth rates remain high (more than 5 children per woman on average). The annual rate of natural increase (the birth rate minus the death rate) is about 3 percent. At this pace, the country’s population is on a course to double in roughly 23 years. This rapid growth stands as a major roadblock to achieving the Millennium Development Goals by combating poverty, hunger, disease, illiteracy, environmental degradation, and discrimination against women. The ever-larger population creates “increasing demand for basic services and infrastructure projects that outstrips the government’s ability to deliver,” according to the United Nations.1

Yemen’s large youth population (one in three Yemenis are between ages 10 and 24) makes investing adequately in education and jobs difficult. Existing high unemployment is another obstacle. Countrywide, unemployment totaled 15 percent in 2008, but was estimated at 53 percent among youth ages 15 to 24, according to the Millennium Development Goals Report for Yemen issued by the UN.2

Cities with large numbers of unemployed young men with no opportunities are “an incubator for unrest,” said Michael Fischbach, an Arab studies professor at Randolph-Macon College, in Virginia. Many Yemeni young men have had better schooling than the previous generation, and are plugged into the wider world via satellite television, but they have few prospects for a sustainable livelihood and are unable to earn the money needed to marry—a situation that creates deep dissatisfaction and feeds volatility, Fischbach explained.

For women, progress is hampered in part by a cultural emphasis on educating males and early marriage. Almost three-quarters of boys complete primary school, compared with about one-half of girls. Fewer than one in three females is enrolled in secondary school, compared with nearly two in three males. Among youth ages 15 to 24, 95 percent of the males are literate compared with 70 percent of the females. Yemen’s rate of early marriage, which has improved in recent decades, is still the highest in western Asia. Thirty-two percent of Yemeni women ages 20 to 24 report that they were married before their 18th birthday; and 25 percent give birth by the time they reach age 18. Efforts are being made to establish age 18 as the minimum age for marriage, which could contribute to postponing first births.3

More than half of pregnancies in Yemen are unintended, with women reporting that they became pregnant sooner than they wanted or when they did not want any more children.4 The unmet need for contraception is sizeable. The share of women who want to delay or limit childbearing but are not using a contraceptive method roughly equals the share who are using a method.

The UN report calls for “vigorous efforts” to reduce population growth, as well as “to diversify and expand sources of national income.” While oil makes up 90 percent of Yemen’s exports and provides 75 percent of government revenue, only 10 to 12 years of oil reserves remain if current rates of extraction continue, according to the World Bank.5 Additionally, the freshwater aquifers that serve a number of Yemen’s cities, including the capital, could run dry within 20 years.