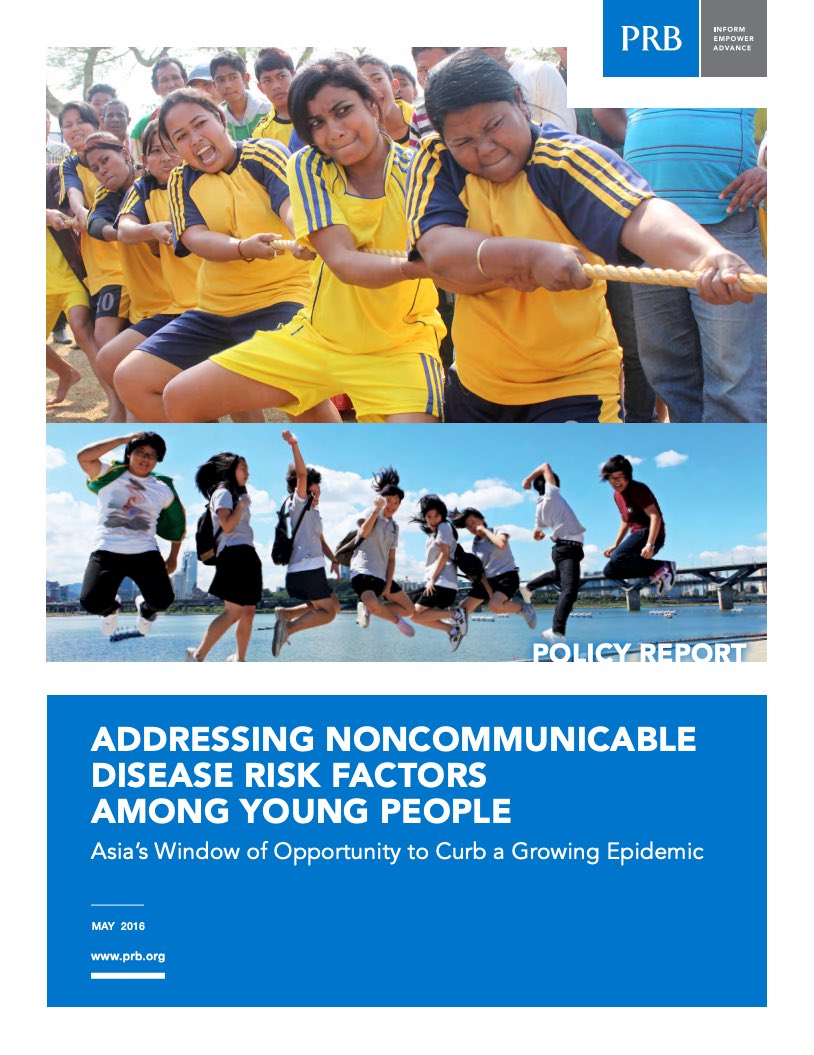 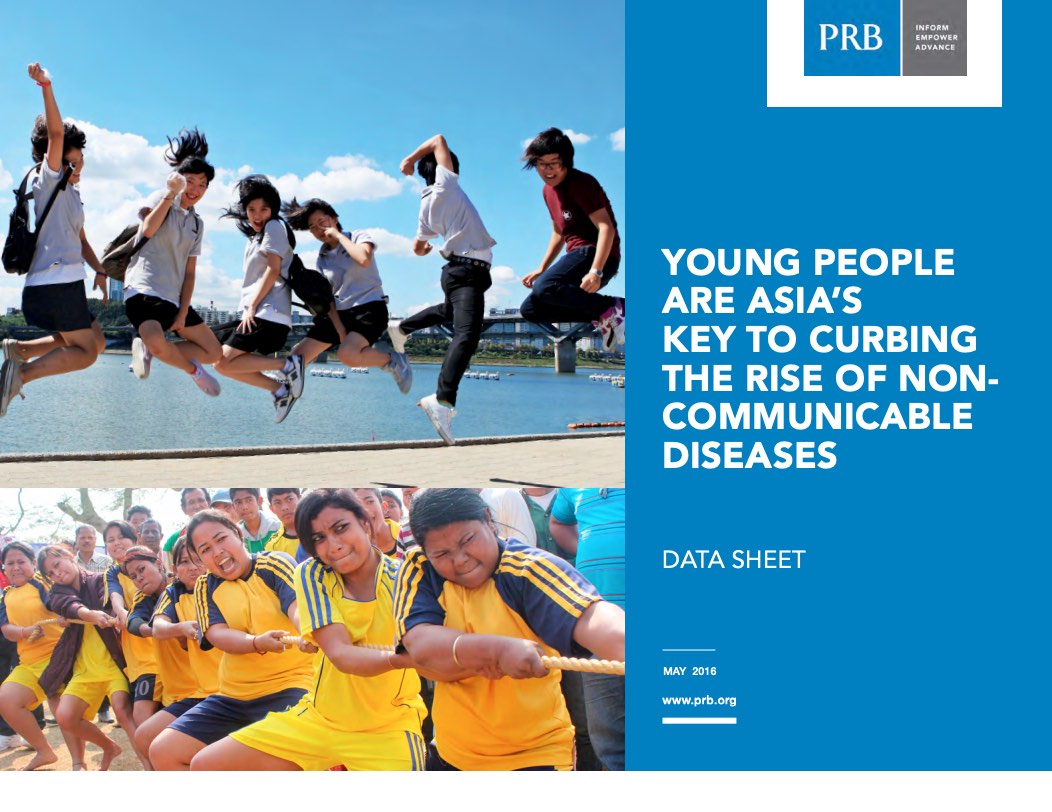 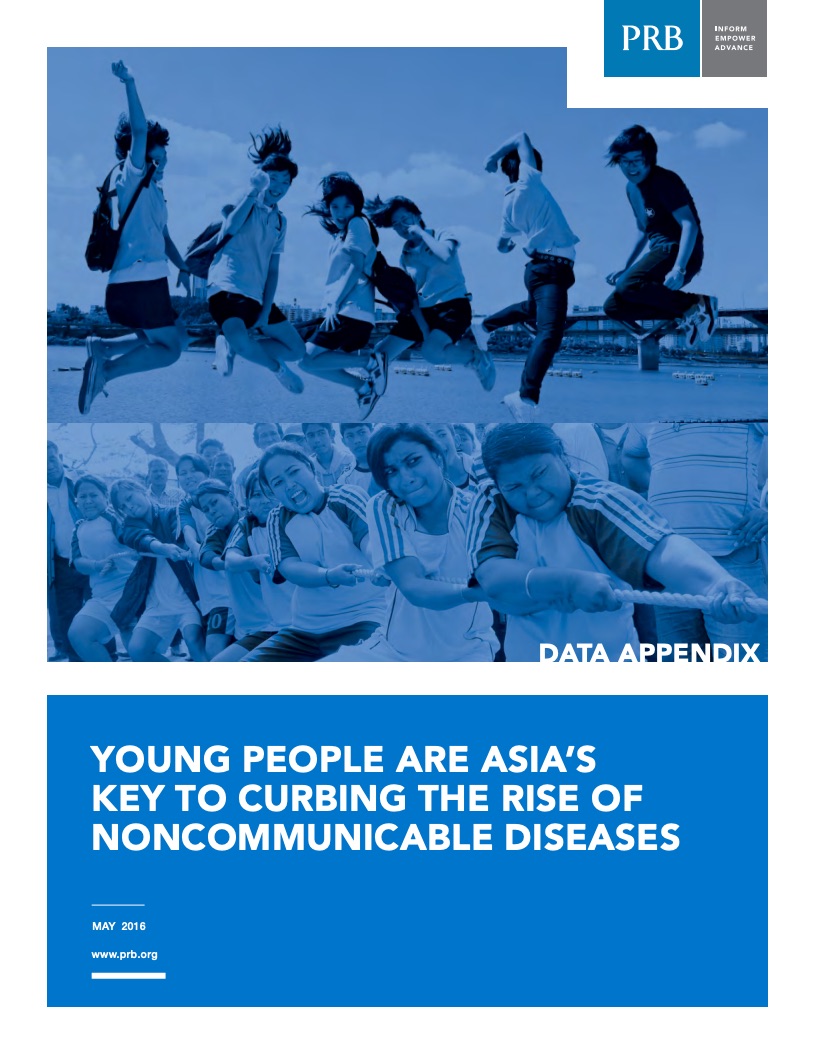 Asia has an opportunity to curb a rising noncommunicable disease (NCD) epidemic by addressing NCD risk factors among young people, according to a new set of PRB publications.

NCDs are the leading causes of death globally and in most countries in Asia, and are among the top public health challenges of the 21st century. Premature deaths due to NCDs occur at the highest rates in low- and middle-income countries, where 95 percent of Asia’s population lives. This strong impact on individuals who are typically at their peak economic productivity means that NCDs pose a significant threat not only to the health of populations, but also to economic growth and sustainable development in the region.

The four risk factors are all modifiable behaviors that are typically initiated or established during adolescence or young adulthood and set the stage for NCDs later in life. Young people in some Asian countries already have high levels of multiple risk factors, and these are likely to rise further in the absence of action.