Youth Are Key to Tackling Noncommunicable Diseases in Africa 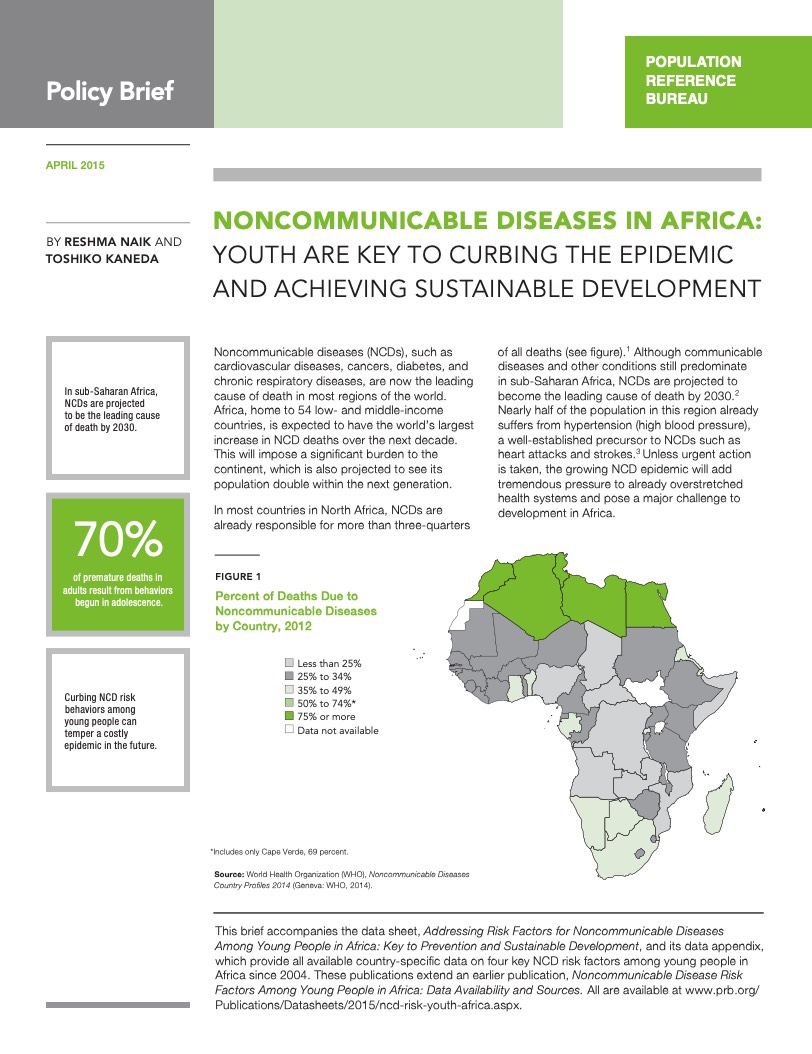 Policy Brief. Noncommunicable Diseases in Africa–Youth Are Key to Curbing the Epidemic and Achieving Sustainable Development 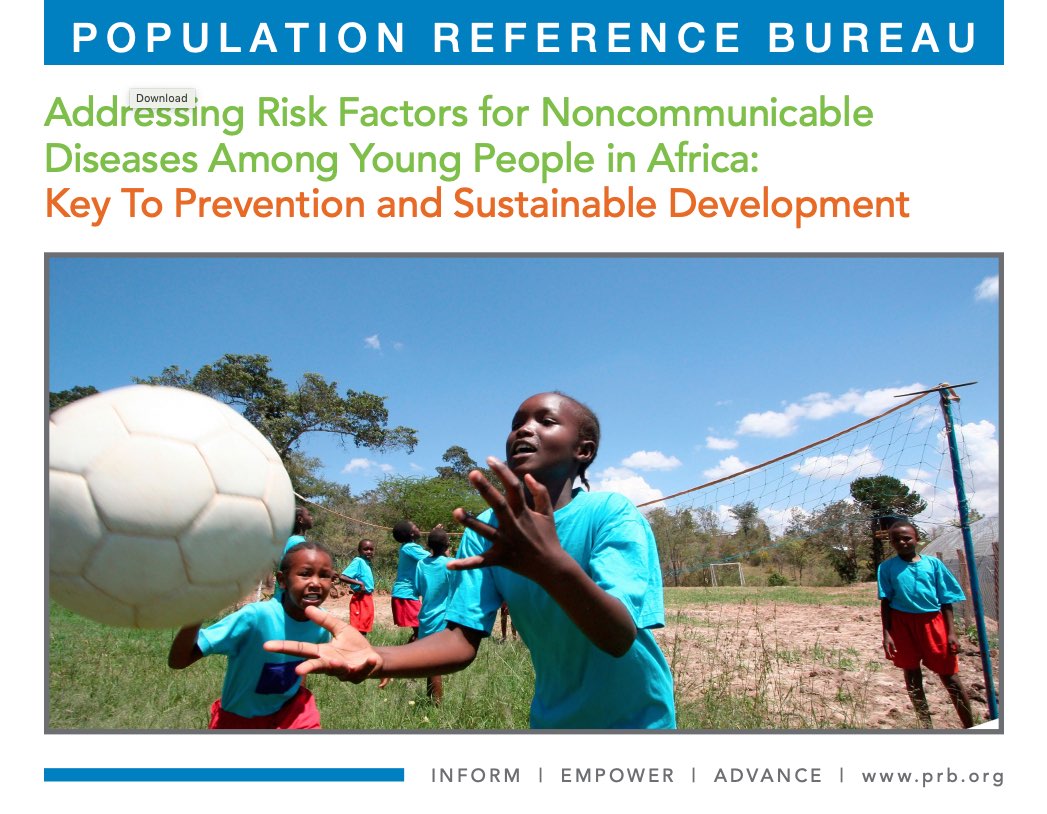 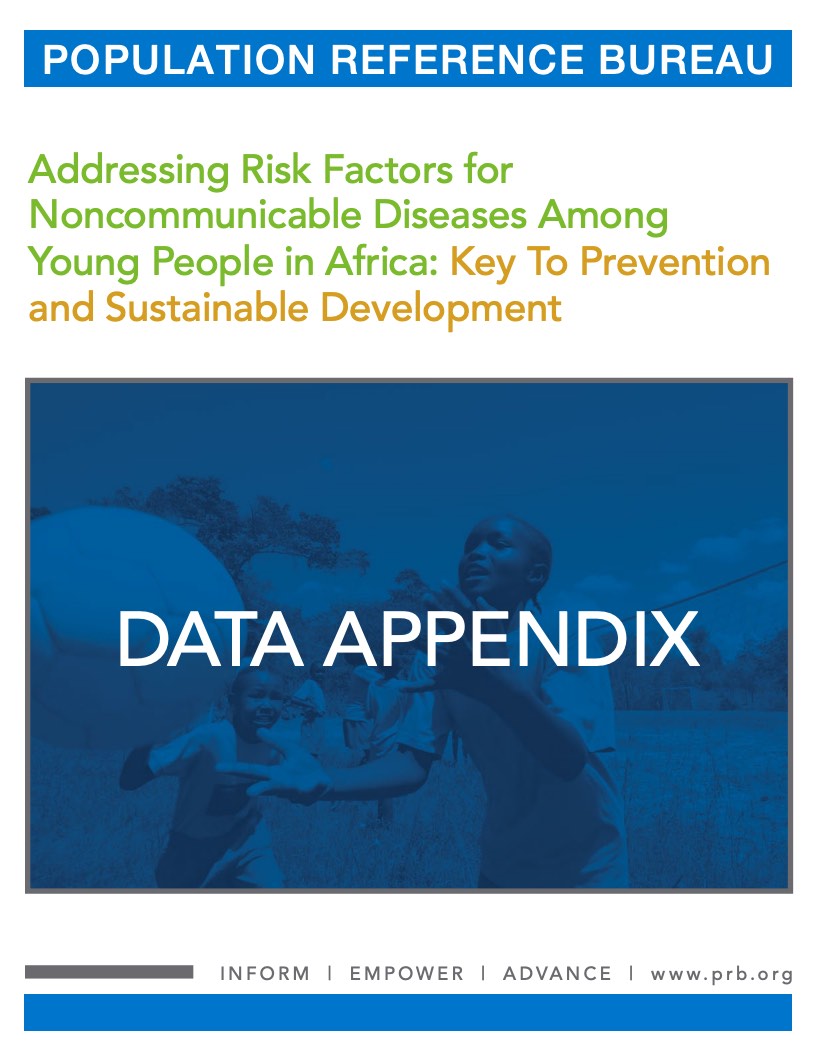 In all North African countries except Sudan, noncommunicable diseases (NCDs) are already responsible for at least three-quarters of all deaths. Based on current trends, the World Health Organization (WHO) projects that NCDs will become the leading cause of death in sub-Saharan Africa by 2030, surpassing AIDS and other conditions that predominate today.

The four main risk factors for NCDs are tobacco use, alcohol abuse, unhealthy diet, and insufficient exercise—behaviors that are often established in early adolescence and young adulthood and which set the stage for NCDs later in life. Focusing on youth is critical in Africa because of its large and growing number of young people. Africa has the youngest population among the world regions.

The reports show that youth in some African countries already have high levels of all of the risk factors and these are likely to rise further throughout the region unless action is taken now.

The policy brief and data sheet include a “dashboard,” rating youth in 52 African countries as high risk, medium risk, or low risk on various aspects of the four main NCD risk factors. The appendix provides all currently available country-specific data on NCD risk factors among African young people since 2004. These reports extend an earlier publication, Noncommunicable Disease Risk Factors Among Young People in Africa: Data Availability and Sources. The set of publications was supported by the AstraZeneca Young Health Programme (YHP).

The data sheet highlights these indicators:

Materials are also available in French.