Youth in the Middle East and North Africa: Demographic Opportunity or Challenge? 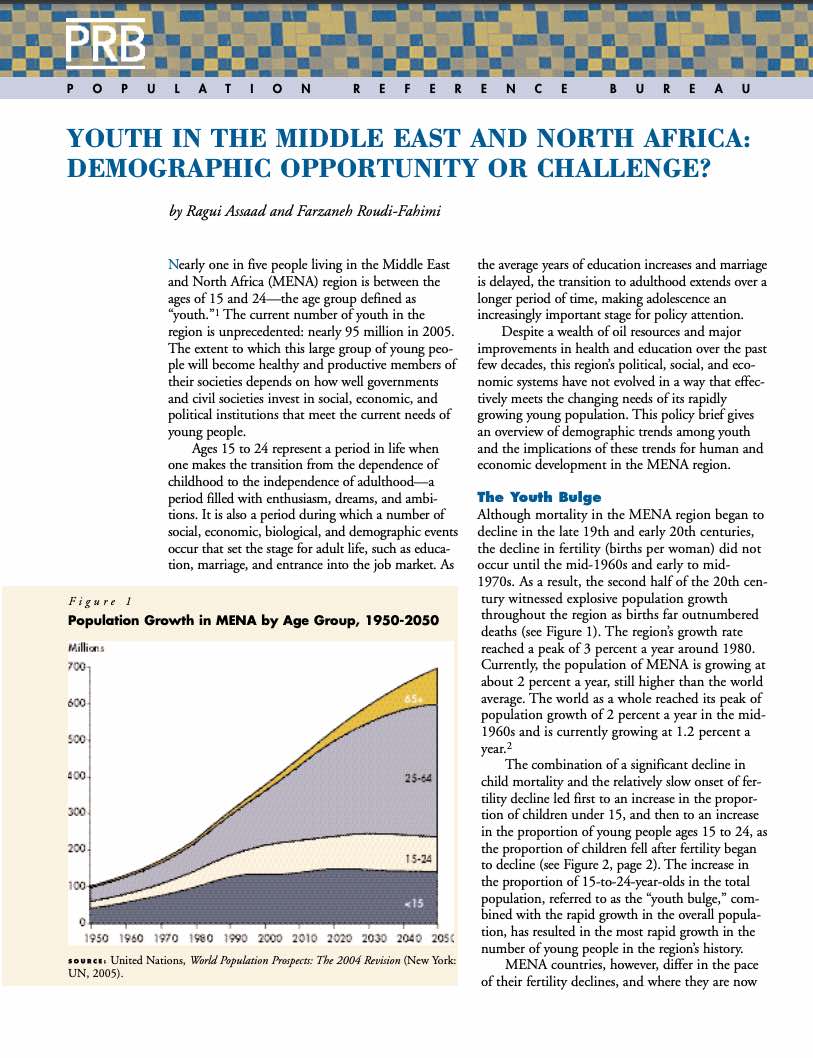 Report. Youth in the Middle East and North Africa: Demographic Opportunity or Challenge?

(April 2007) Nearly one in five people living in the Middle East and North Africa (MENA) region is between the ages of 15 and 24—the age group defined as “youth.” The current number of youth in the region is unprecedented: nearly 95 million in 2005. The extent to which this large group of young people will become healthy and productive members of their societies depends on how well governments and civil societies invest in social, economic, and political institutions that meet the current needs of young people.

Despite a wealth of oil resources and major improvements in health and education over the past few decades, this region’s political, social, and economic systems have not evolved in a way that effectively meets the changing needs of its rapidly growing young population. This policy brief gives an overview of demographic trends among youth and the implications of these trends for human and economic development in the MENA region.