In a recent interview, David Lam discussed the findings of his research on the interaction between economics and the demography of the youth bulge in sub-Saharan Africa. Lam, an economics professor at the University of Michigan, highlights a key finding of the study: when youth populations grow faster, youth unemployment tends to increase. 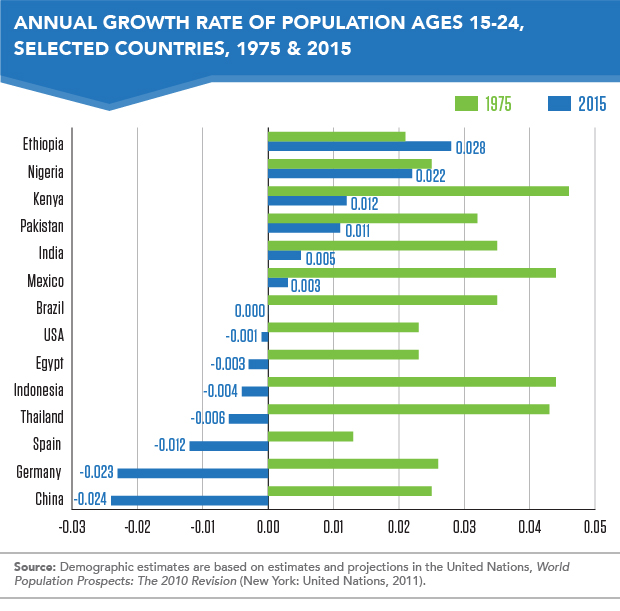 As countries in sub-Saharan Africa continue to experience high levels of growth in their youth populations, policymakers must take steps to maintain current levels of youth employment and ensure that youth are integrated into the economy. Lam highlights findings, challenges, and implications for policymakers in this snapshot.