Are the States Banning Abortion Truly Pro-Child or Just Pro-Birth?

The 13 U.S. states that have banned abortions rank among the worst states for overall child well-being.

Now that the U.S. Supreme Court has overturned Roe v. Wade, there are nine states as of August 3 where abortion is banned in all or almost all cases. Four additional states have abortion bans after six weeks of pregnancy. Pro-life advocates in these states have emphasized the number of unborn babies who may now be “saved.” But there seems to be little or no focus on what happens to these babies after they are born. Will these “saved” babies and their families have the resources and support they need to lead healthy and economically secure lives?

As a demographer who has spent the past two decades tracking trends in child well-being in the United States, two issues immediately come to mind: 1) How successful are these states right now in supporting child well-being? 2) When will policymakers and pro-life advocates in these states shift their attention and resources away from merely preventing abortions to better meeting the needs of all at-risk children in their states?

TABLE 1. Births, Abortions, and Child Well-Being in States That Have Banned Abortion

Notes: The listed states have banned all abortion in most cases except for Georgia, Ohio, South Carolina, and Tennessee, which have banned abortion after six weeks of pregnancy. The category of Overall Rank in Child Well-Being, 2022, provides an overall rank across indicators of economic well-being, education, health, and family and community from the 2022 KIDS COUNT Data Book.

The Annie E. Casey Foundation’s recently released 2022 KIDS COUNT Data Book provides the timely data needed to assess child well-being across states. It looks at key measures such as the child poverty rate, the share of births with low birth weight, and each state’s overall rank for child well-being.3

Experiencing poverty in childhood has been shown to have lifelong consequences for health and earnings in adulthood. Child poverty in the 13 states with abortion bans ranges from 16% in South Dakota to 28% in Mississippi. Only two of the states—Missouri and South Dakota—have child poverty rates at or below the national average of 17%. In 10 of the states with abortion bans, one-fifth or more of children live in poverty.

Low birth weight (less than 5.5 pounds) is a leading cause of infant mortality and puts babies at higher risk of long-term health and developmental problems. The share of all births with low birth weight exceeds the national average of 8.2% in 11 of the 13 states that have banned abortion (Texas and South Dakota are exceptions). In fact, at least one in 10 births had low birth weight in Alabama, Georgia, Louisiana, Mississippi, and South Carolina.

In addition to child poverty and low birth weight, the 2022 KIDS COUNT Data Book provides 14 other measures of child well-being. The easiest way to compare states across all 16 measures is to look at the overall rank, which provides a summary measure of how each state is doing across four different domains of child well-being—economic, education, health, and family and community (see Table 1).

Five of the nine states that have banned all abortions rank among the 10 worst states for overall child well-being (ranks of 41 through 50). Only Missouri and South Dakota rank among the top 30 states for overall child well-being, and none of the states with abortion bans ranks in the top 20. While these 13 states may be pro-birth, the evidence suggests they are not equally pro-child.

Lack of sufficient nutritional food—especially at young ages—puts children at higher risk for health problems and difficulties with learning in school. In early July, the Census Bureau’s Household Pulse Survey showed that among these 13 states, the share of households with children that sometimes or often did not have enough food to eat in the prior week ranged from a low of 13% in Missouri to a high of 27% in Louisiana (see Table 2). In Alabama, Georgia, Mississippi, and Texas, one-fifth or more of households with children were experiencing food insecurity.

Notes: Data are from June 29, 2022 to July 11, 2022. The listed states have banned abortion in most cases except Georgia, Ohio, South Carolina, and Tennessee, which have banned abortion after six weeks of pregnancy.
Sources: Annie E. Casey Foundation, KIDS COUNT Data Center; and Guttmacher Institute, Interactive Map: Abortion Policies and Access in the United States.

With the low levels of child well-being in these 13 states today, what are the potential implications of an increase in births due to lack of access to abortion? If we assume that all abortions in 2020 were instead live births, and we apply the current child poverty and low birth weight rates to these births, the last two columns of Table 1 show the potential additional numbers of children in poverty and low birth-weight babies that could result.

Nationally, there could be nearly 160,000 additional children living in poverty and more than 76,000 additional babies born with low birth weight. While the additional numbers of at-risk children may be quite low in Missouri and South Dakota—due to fewer abortions—the numbers may well be considerably higher in states like Georgia and Texas.

Note that these potential increases in the number of at-risk children are just for one year—the number of vulnerable children could swell substantially over a five-year period in these states. Prior research has also found that women who seek abortions are disproportionately poor and low-income, so the poverty rate for births to families lacking access to abortion could be considerably higher.

It’s hard to be optimistic about the future for children in the 13 states that have already banned abortion—they rank among the worst states for overall child well-being.

The evidence clearly shows these states have not invested sufficient resources to support their at-risk children—even before banning abortion. Although some women in these states will succeed in obtaining abortions in other states, many may not, leading to an increase in the number of vulnerable children. If policymakers and pro-life advocates in these states continue to focus their resources primarily on anti-abortion efforts, they will fail to meet the needs of thousands of vulnerable children who require additional support to thrive.

[1] Of course, all prevented abortions would not have resulted in live births, but I make this simplifying assumption to assess the general impact for the nation and in each state.

[2] Some of these abortions would likely still take place in other states with fewer abortion restrictions, but this figure provides an estimate of the upper limit of additional births that might occur.

[3] Due to the issues of collecting data in 2020 associated with the COVID-19 pandemic, the U.S. Census Bureau did not release child poverty rates from the American Community Survey (ACS) for 2020. Instead, the 2022 KIDS COUNT Data Book reports ACS five-year estimates for 2016-2020, which reflect both the pre-pandemic period and the first 10 months of the pandemic. 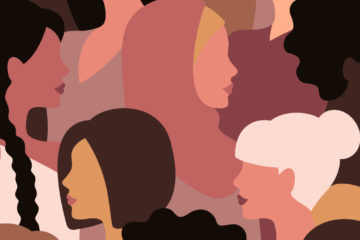 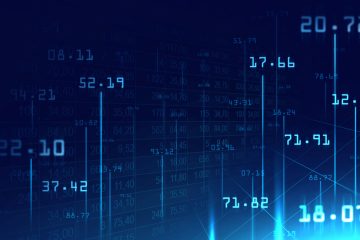 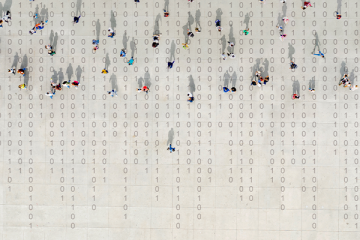 Building Up Communities by Breaking Down Data