What forces spurred this change, and what can China do now to bring on demographic—and therefore economic—prosperity? 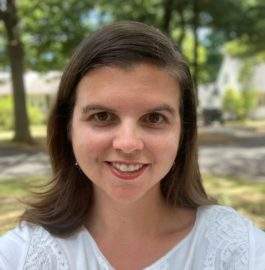 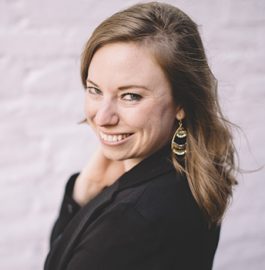 This Tuesday, major news outlets reported the onset of a demographic crisis in China after the government released data showing that in 2022, for the first time since the 1960s, deaths outnumbered births in the country.

What forces spurred these shifts, and what can China do now to bring on demographic—and therefore economic—prosperity? We talked to Kristin Bietsch, Senior Demographer at Avenir Health, who forecast China’s population growth during her time as a researcher at PRB.

PRB: What’s your reaction to this news?

Bietsch: China’s decline in population is not a surprise. In 1991 China’s total fertility rate dropped below replacement level (2.1 children per woman) for the first time, and [it] has never rebounded. Every year since 1950 (when the United Nations modeled estimates begin), more people emigrated from China than migrated to China. While Chinese life expectancy continues to increase, it is not enough to offset the changes due to fertility and migration.

PRB: In 2015 after China ended its one-child policy, your projections were a bit more optimistic in terms of China’s population growth. What was your thinking then?

Bietsch: When I make projections, as demographers always say, “We’re not saying what’s going to happen, we’re saying ‘if these certain things happen, then this will be the outcome.’” I projected population change for several scenarios; if there was a gradual increase to 2 children per woman by 2030, then this would be the effect on the population, if it changed overnight, then this would be the effect. The population was always going to decline, it was just a question of when. It’s like trying to stop a moving train.

PRB: OK, so it wasn’t a surprise—but did the shift happen sooner than you expected?

Bietsch: It did, and I think COVID is a major reason for that. Fertility rates are often lower in times of economic stress because couples or individuals feel uncertain about the future and decide to delay births. Some couples may have these births in the future, but others may forgo these births altogether. Maybe it’s come a few years earlier, but everyone has been expecting this, with China being below replacement fertility for about 30 years.

And now there are more older people in China, and in general, people are living longer. In a lot of countries, like the United States, we have a large immigrant population, especially people of working age, which helps us keep the working- to retiring-age ratio from declining too quickly. But China is a net emigration country—more people leave than enter—so they don’t have that buffer. Below-replacement fertility for 30 years and net out migration for as long as we have records… It comes down to math. Fewer people are born, older people start dying, and no one is coming in to replace them.

PRB: What challenges is China facing as the age structure of its population shifts from younger to older?

Bietsch: When countries make that shift, when you have a mostly young population, your money is spent mostly on education and a little bit on retirees, but when your population shifts to more people of working age, you’re going to have a break, what we call the demographic dividend, where you’re spending less because more people are working and there’s less you have to spend on either the very young or very old. China has already moved past that to a transition period—and now they’re having growth in the older population, which is expensive.

Bietsch: China has already made policy efforts to increase births. None of the relaxations of the one-child policy really increased the fertility rate much. By the time they made the policy changes, people were wanting to have less than two children already. Incentives in Europe have worked a little, mostly in terms of the timing of when people have children—a certain number of people might have a child sooner, but it’s very small. It just doesn’t have much of an impact overall, especially in places where it’s very expensive to have children. Even with relaxing the two-child policy to three children, there just aren’t enough people in China who want to have that many kids.

In Northern European countries and France, they’ve had the most success with incentives—they just have a really supportive environment in terms of maternity/paternity leave and family supports. They offer major tax benefits for having children, too. But the incentives in China so far haven’t really worked.

PRB: Is the story in China unique?

Bietsch: China is an outlier in how strict some of their policies were, but other countries across Asia have had similar declines in fertility with less strict policies. The end of the demographic dividend in Asia is upon us, in many places.

Kristin Bietsch, Ph.D., is Senior Demographer at Avenir Health. Her research focuses on fertility rates around the globe. She was formerly a Research Associate at PRB who worked on the World Population Data Sheet. Follow her on Twitter.