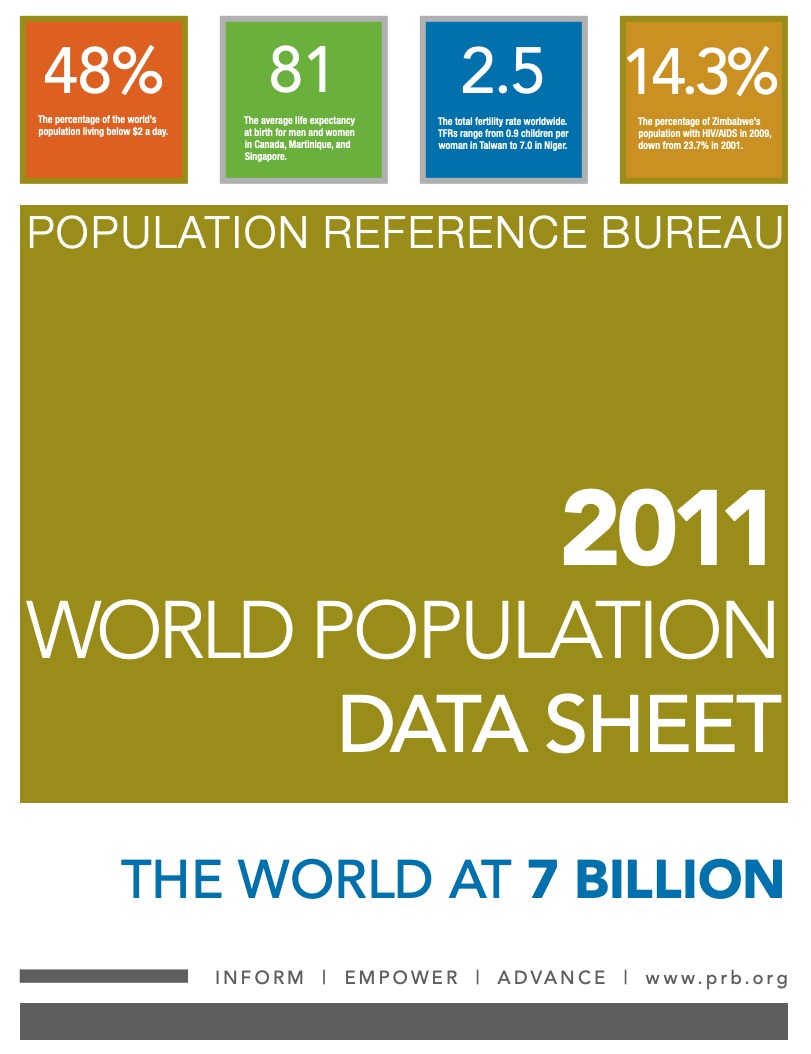 “The world added the sixth billion and the seventh billion in a record 12 years for each,” says Carl Haub, PRB’s senior demographer and co-author of this year’s data sheet. “The eighth billion may also take about 12 years, but only if birth rates in all developing countries follow projections that assume a smooth decline to two children or fewer.”

The 2011 World Population Data Sheet provides up-to-date demographic, health, and environment data for all the countries and major regions of the world. It shows just how stark the contrasts are between rich and poor countries, as illustrated by the table with data from Italy and the Democratic Republic of Congo (DRC).

Even though the DRC and Italy have almost the same population size today, the DRC is projected to more than double its population from 68 million today to 149 million in 2050. Italy’s population will likely grow very slowly from 61 million to 62 million over that same time. The cause of these enormous differences is lifetime births per woman and the share of the population in their childbearing years.

OTHER HIGHLIGHTS FROM THE 2011 WORLD POPULATION DATA SHEET: