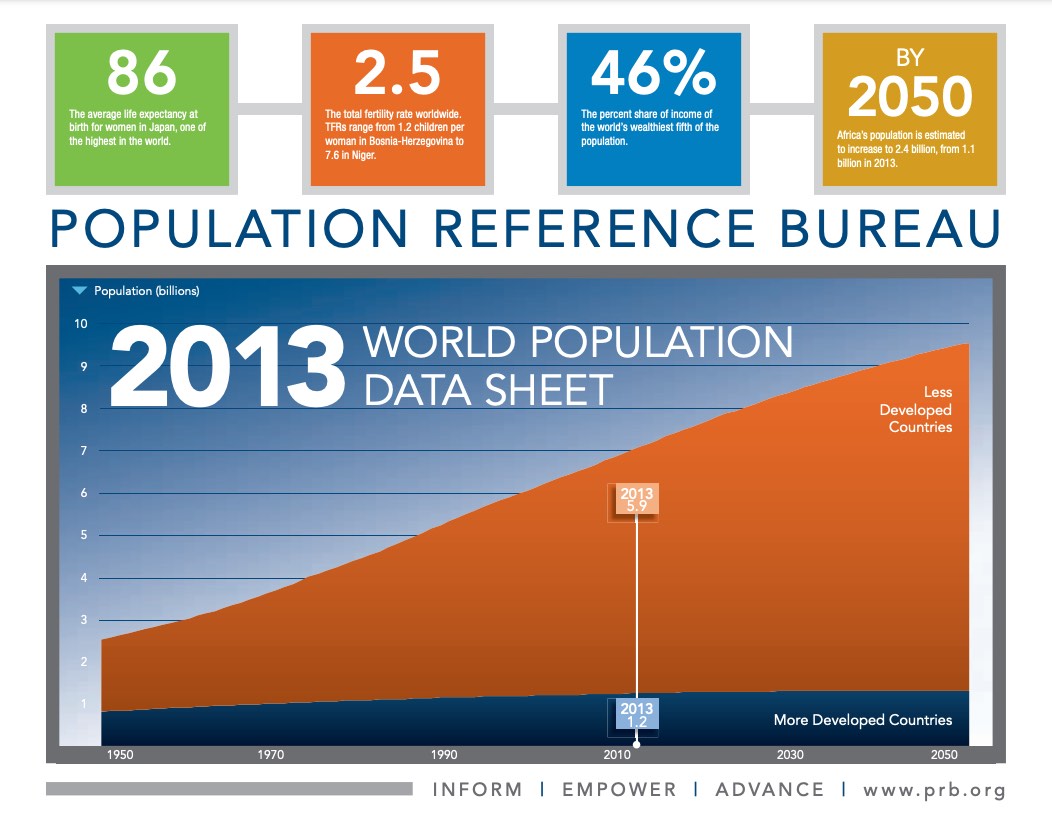 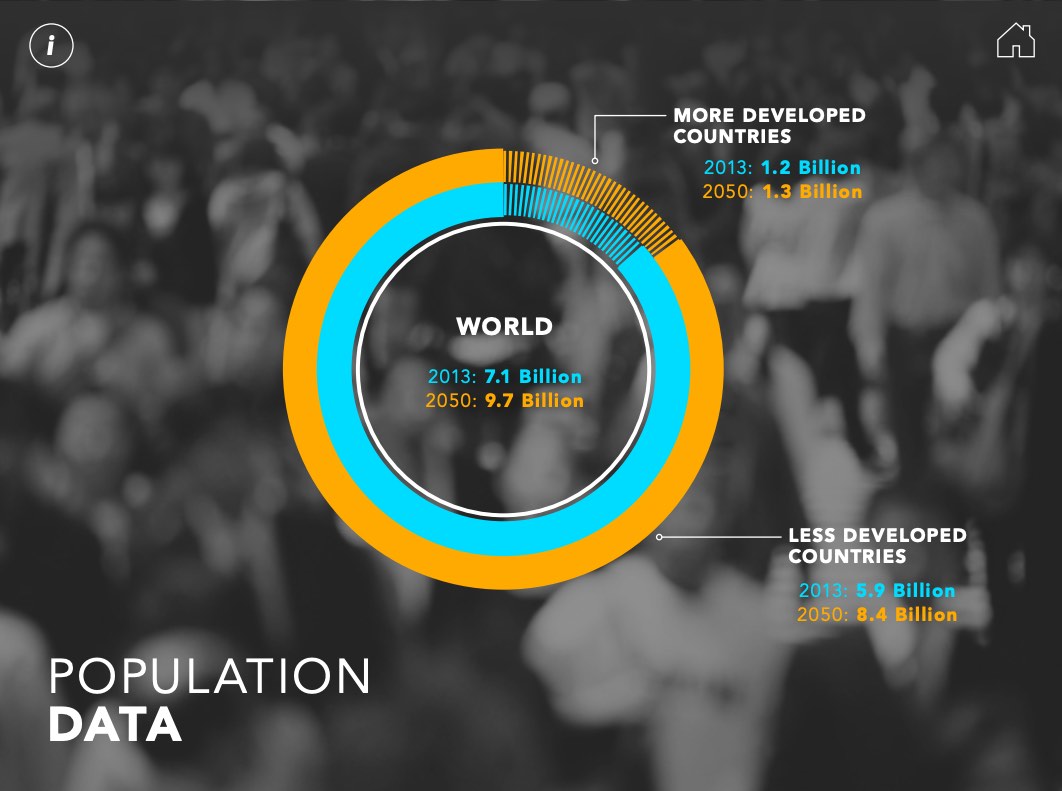 Africa, by far the world’s poorest region, will record the largest amount of population growth of any world region between now and 2050.

Africa’s population is expected to more than double, rising from 1.1 billion today to at least 2.4 billion by 2050. “Nearly all of that growth will be in the 51 countries of sub-Saharan Africa, the region’s poorest,” says Wendy Baldwin, president and CEO of the Population Reference Bureau (PRB). “Rapid population growth makes it difficult for economies to create enough jobs to lift large numbers of people out of poverty.”

“Given its youthful population, future population growth in Africa will depend upon the degree to which the parents of tomorrow use family planning,” says Carl Haub, PRB senior demographer and co-author of the data sheet. “The projections that we cite assume that family planning will become more widespread. If not, Africa’s population will grow more rapidly, further constraining efforts to address poverty, create jobs, and protect the environment.”

This year’s Data Sheet provides detailed information on 20 population, health, and environment indicators for more than 200 countries, and has a special focus on wealth and income inequality. Developing countries tend to have wide income gaps between rich and poor that are associated with dramatic differences in fertility and health. For example, in Uganda, women from the poorest fifth of families have twice as many children as those from the wealthiest fifth. And children from the poorest families are much more likely to die before turning 5 than their counterparts in the wealthiest families.

PRB’s 2013 World Population Data Sheet shows the stark contrasts between rich and poor countries, illustrated by comparing Niger and the Netherlands. Even though the two countries have almost the same population size today, Niger is projected to nearly quadruple its population from about 17 million today to 66 million in 2050. The Netherlands’ population will likely grow very slowly from 17 million to 18 million over that same time.

The Demographic Divide: Niger and Netherlands

OTHER HIGHLIGHTS FROM THE 2013 WORLD POPULATION DATA SHEET

Africa
By 2050, Africa is projected to increase to 2.4 billion from 1.1 billion today, making it the region with the largest population growth. But this projection should be treated very cautiously, because it assumes that birth rates will decline smoothly in all African countries in much the same way as birth rates declined in other regions. And that assumption, in turn, assumes that the effective use of family planning will spread in Africa. In most countries, declines in birth rates have been very slow or even nonexistent. And even with declining birth rates, sub-Saharan Africa’s population will continue to grow at a fairly rapid pace after 2050 as it will still be quite youthful.

Asia
Asia is home to 60 percent of global population. China and India account for more than half of Asia’s total population. China’s total fertility rate is a very low 1.5 children per woman. Should China become concerned about population aging and relax its strict “one-child” policy, projections of China’s population may have to be raised. In India, the TFR has fallen from about 5.5 children in the past to 2.4 today. But doubts about the future course of the birth rate in India’s heavily populated and impoverished northern states make projections challenging. Nonetheless, India is projected to pass China in population size in about 15 years, becoming the world’s most populous country, about 1.5 billion people.

Latin America/Caribbean
Population growth has been in slow decline in this region, largely due to a lower birth rate in Brazil and Mexico, the two countries that account for more than half of the region’s population. In Brazil, women average 1.8 children, while in Mexico the average is about 2.2. Among developing regions, Latin America/Caribbean has the highest prevalence of family planning at 75 percent for all methods and 68 percent for modern methods among married women. The region’s population is projected to increase from 606 million today to 780 million in 2050. Three-quarters of a million people (on a net basis) leave the region for North America and Europe each year.

North America
The United States and Canada have rather low TFRs: Canada at 1.6 and the United States at 1.9. In the United States, fertility declined during the recent economic recession, a decline that was especially sharp among Hispanics. Immigration is a significant engine of population growth in both countries.

Europe
Europe’s birth rate has plummeted to an unexpectedly low level in the past few decades. Europe’s population of 740 million is projected to decrease to 726 million by 2050, but even that lower number depends on whether immigration helps to stall a more-rapid decline. Today, women in Europe average only 1.6 children, compared to 2.6 in 1960. This low fertility has created unprecedented aging. In Europe, only 16 percent of the population is below age 15. Compare that to 41 percent in Africa and 25 percent in Asia. Europe’s population ages 65 and older is projected to rise to 27 percent by 2050.