The Annie E. Casey Foundation released the 2018 KIDS COUNT Data Book on June 27, 2018. The KIDS COUNT Data Book provides an up-to-date and detailed picture of how children are faring in the United States, nationally and in each state. The KIDS COUNT Data Book features a comprehensive index of child well-being and includes a national profile and state-level rankings across four content domains: (1) Economic Well-Being, (2) Education, (3) Health, and (4) Family and Community. The 2018 Data Book focuses on key trends in child well-being during the economic recovery following the Great Recession. Over the last six years, children experienced gains in economic well-being, but results were mixed for the Health, Education, and Family and Community domains.

This year, the Data Book also highlights the growing undercount of young children in each decennial census since 1980, and discusses the risks and implications of another undercount in 2020. Given the importance of the decennial census in determining federal funding for states and localities for the next decade, the Data Book outlines strategies that could help improve the count of young children in the 2020 Census.

Population Reference Bureau (PRB) has played an instrumental role in the KIDS COUNT Data Book since 1992. U.S. Programs staff provide feedback on the design and measurement of the KIDS COUNT index of child well-being and compile the data presented in the Data Book.

Children’s Well-Being Is Improving in the Post-Recession Years

Since 2010, African American, American Indian, and Latino children experienced improvements across the 16 indicators of children’s well-being, yet deep inequities continue to persist. Children of color had lower levels of well-being than non-Hispanic white children on nearly all indicators that were tracked in the Data Book. These large racial and ethnic gaps in child well-being indicate that children of color continue to face steep barriers to success.

The 2018 KIDS COUNT Data Book demonstrates that many factors that lead to children’s healthy development have improved since 2010. The data also show that substantial work remains to be done to secure a bright future for all children and young adults. For the most recent national, state, and local data on hundreds of measures of child well-being, visit the KIDS COUNT Data Center. 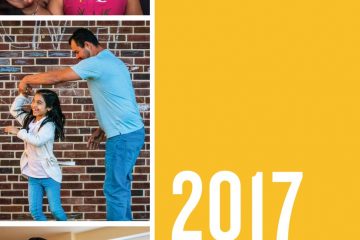