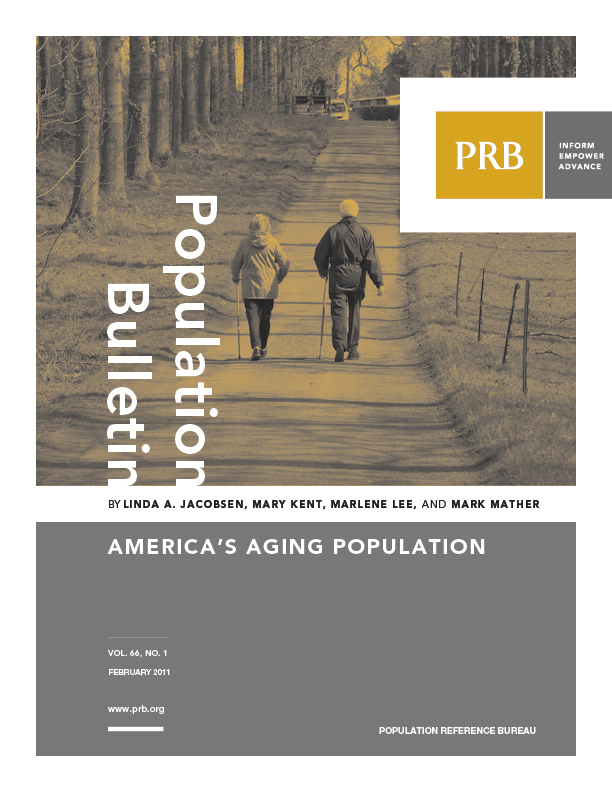 Rapid changes in age structure can have major social and economic consequences, especially when they are unanticipated. The postwar baby boom in the United States has strained local hospital, public school, and postsecondary education systems, as well as the labor force as these unexpected large cohorts have moved through the life cycle. U.S. population aging has been long predicted. However, it is not only the number and share of elderly that are important for policy and program decisions, but also their characteristics: health and disability status, living arrangements, kinship networks, and economic well-being. This Population Bulletin examines the current and future U.S. population ages 65 and older and considers the costs and implications of America’s aging population.