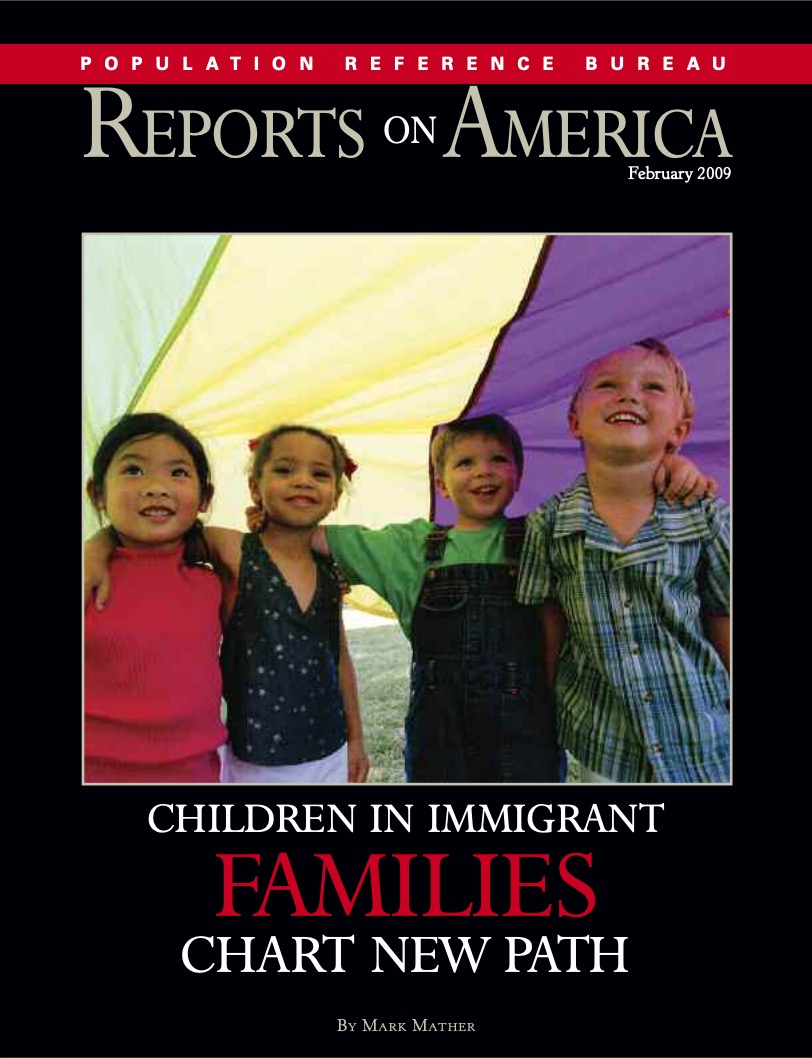 (March 2009) A new PRB report, Children in Immigrant Families Chart New Path, looks at the U.S. children of immigrants through a demographic lens. There are more than 16 million children living in America’s immigrant families. The vast majority are U.S. citizens who were born in the United States to foreign-born parents. However, the well-being of children in immigrant families varies based on their parents’ country of origin, education, and the circumstances of their migration to the United States. Ensuring that all children are thriving as they reach adulthood is critical for building a strong foundation for the next generation of youth. Here are some of the key findings in the report:

This report culminates a three-year study of the characteristics of children in immigrant families funded by the Annie E. Casey Foundation. Those interested in additional state and city-level statistics on children of immigrants can visit the Casey Foundation’s KIDS COUNT Data Center website at www.kidscount.org/datacenter/.