Household Change in the United States 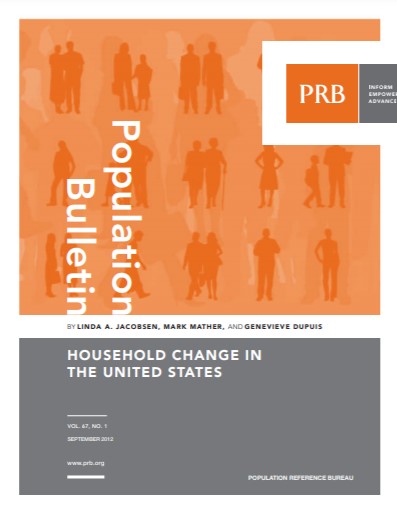 The number of households in the United States more than tripled between 1940 and 2010—from 35 million to 117 million—and household growth outpaced population growth in every decade across this time period.

Accompanying this growth in the number of households has been a gradual but significant transformation of household structure. While in 1940 the overwhelming majority of households (90 percent) contained families—two or more persons who were related to each other—by 2010, this share had dropped to 66 percent.

Household structure plays an important role in the economic and social well-being of families and individuals. The number and characteristics of household members affect the types of relationships and the pool of economic resources available within the household. Although families may provide social and economic support to members who reside in different households, an individual’s overall well-being is heavily influenced by his or her living arrangements. Household structure may also have a broader impact by increasing the demand for economic and social support services. For example, the growth in single-parent families has increased the demand on the welfare system, while the rising number of older persons living alone may soon strain the supply of home health care and other personal assistance services.

A household comprises all the people who occupy a single housing unit, regardless of their relationship to one another. A household may be a family, for example, or it may be a group of roommates or two unmarried partners. In this Population Bulletin, we examine the dramatic changes in U.S. household structure in the last 70 years, and how households differ by important characteristics such as age, race and ethnicity, and education. We analyze trends in the key social processes driving household change, including marriage, divorce, and marital and nonmarital childbearing. We also examine groups of people born in the same year or decade (birth cohorts) to see how the lifetime experiences of individuals have changed. New types of households and families are emerging in the United States in response to changing social norms, economic conditions, and laws governing marriage, and we discuss challenges in capturing these new family forms in demographic surveys.

Note: Percentages for subcategories may not sum to category totals due to rounding.
Source: U.S. Census Bureau, decennial censuses from 1940 to 2010.

Since 1980, the pace of change has slowed but the transformation in household structure has continued, particularly the decrease in married couples with children and the increases in both cohabiting couples and one-person households. During the next 20 years, the decline in married-couple families with children will accelerate as more baby boomers reach retirement age, creating a new generation of empty nesters.