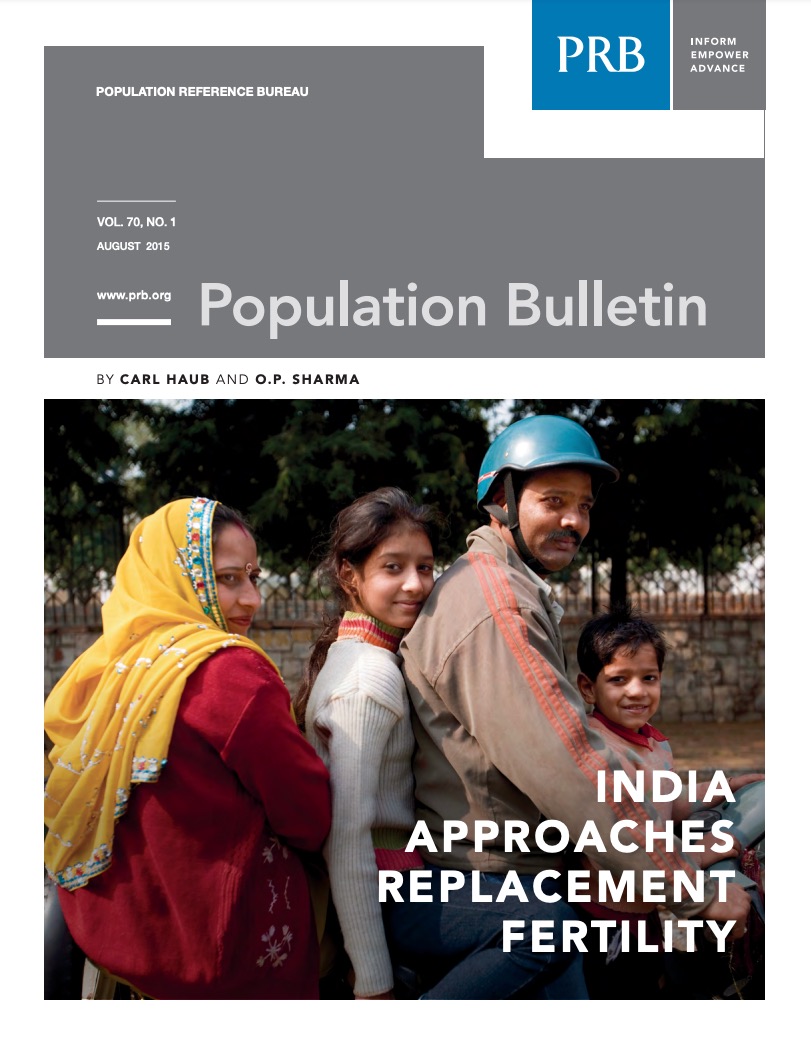 This Population Bulletin updates a previous Bulletin from 2006, India’s Population Reality: Reconciling Change and Tradition. Indias’s population (currently at 1.3 billion) will exceed China’s before 2025 to make India the world’s most populous country. India’s annual increase of about 19 million people contributes more to the annual world population growth of about 89 million than any other country.

However, the most recent population data shows a country headed for replacement level fertility—albeit, with notable regional differences in fertility trends.

India is a country of diverse ethnic, linguistic, geographic, religious, and demographic features. And, despite its emerging economic power and multiple megacities, Indian life remains largely rooted in its villages. Indeed, we argue in this Bulletin that deep-rooted cultural traditions will have a bearing on the ability of different regions of the country to reach replacement level fertility.