A household is defined by the U.S. Census Bureau as all the people who occupy a single housing unit, regardless of their relationship to one another.

One person in each household is designated as the householder—the person, or one of the people ages 15 or older, in whose name the housing unit is owned, being bought, or rented. The relationships of all other household members are defined only in relation to the householder and then used to group households into different types. The two primary types are family households and nonfamily households.

Although the decennial census has always defined household types based on the relationships of household members to the householder, the number of possible relationships has expanded over time. In 1960 and 1970, respondents were asked to identify the “Head of the Household,” and in married couple households, only the husband could be designated as the “Head.” Response categories included “Wife of Head,” but not “Husband of Head.” Beginning in 1980, the term “Head of the Household” was replaced with “Person 1,” defined as the household member or one of the members in whose name the home is owned or rented. Response categories were also changed to include “Husband or Wife of Person 1”.1

With the rise in cohabitation in the 1980s, the 1990 Census was the first to include “Unmarried Partner” as a possible relationship to Person 1, in addition to “Housemate, roommate”. The 1990 form also added foster child to the “Roomer, boarder” category, and included “Grandchild” as a separate relationship type for the fi rst time. The 2000 Census listed “Foster child” as a separate relationship type, and although this category was excluded from the 2010 Census, it will be available again in the 2020 Census. 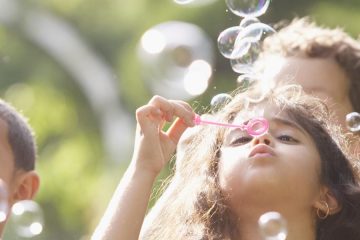 Children Are at the Forefront of U.S. Racial and Ethnic Change