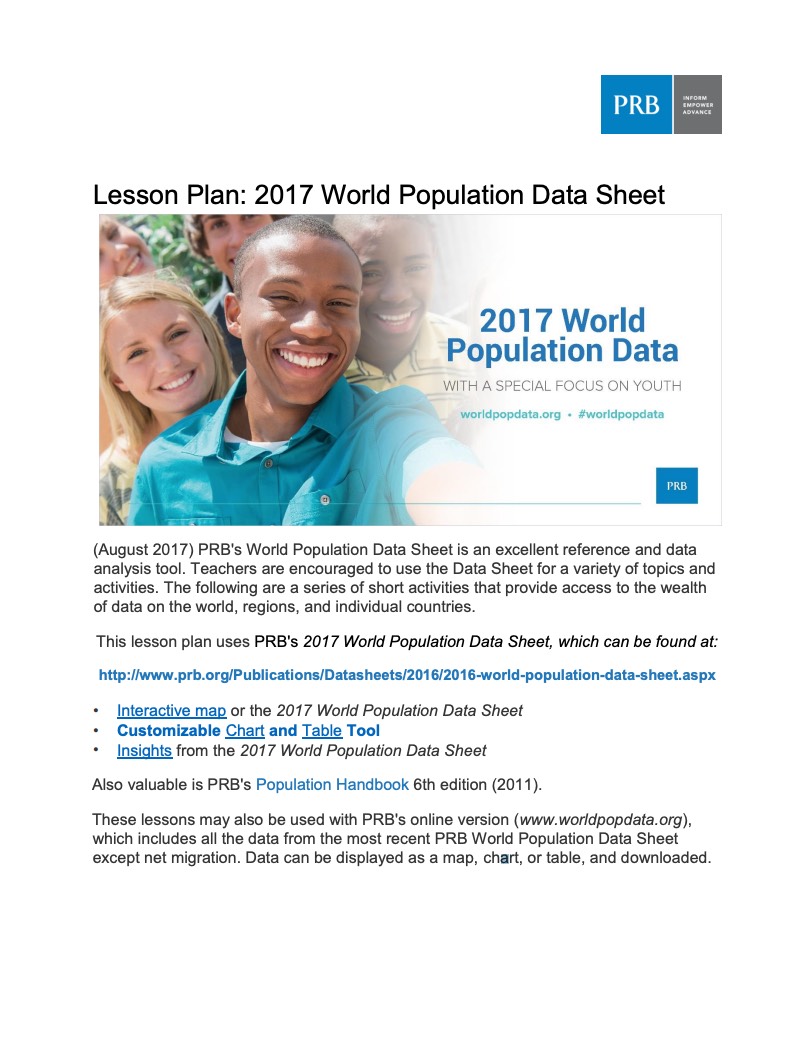 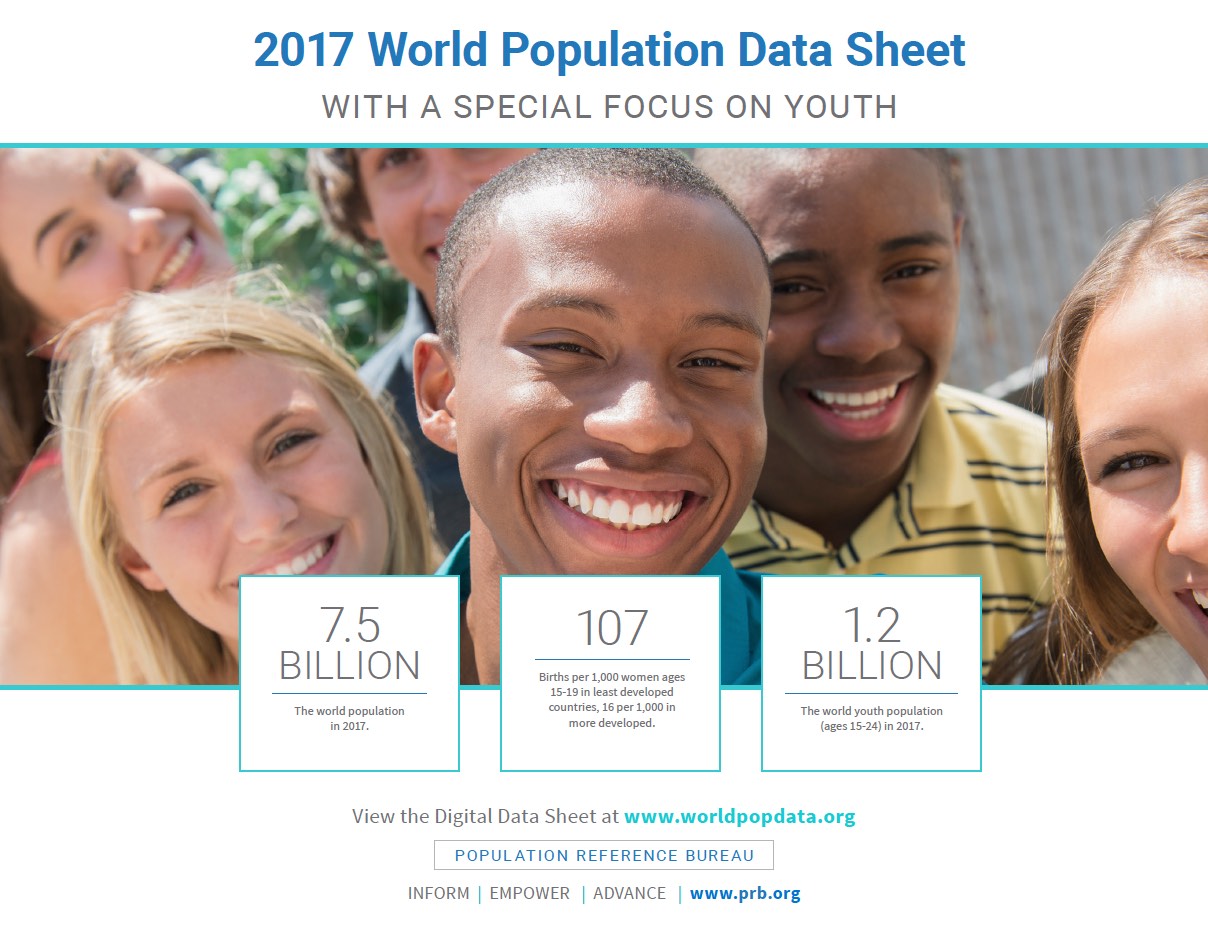 PRB’s World Population Data Sheet is an excellent reference and data analysis tool. Teachers are encouraged to have their students use the data sheet for a variety of topics and activities. The following are a series of short activities to provide access to the wealth of data on the world, regions, and individual countries.

These lessons may also be used with PRB’s online version, which includes all the data from the most recent PRB World Population Data Sheet except net migration. Data can be displayed as a map, chart, or table, and downloaded.

Note: The rate of natural increase is the rate at which a population is increasing (or decreasing) in a given year due to a surplus (or deficit) of births over deaths, expressed as a percentage of the base population. It is calculated by subtracting death rates from birth rates and then dividing by 10. This rate does not include the effects of immigration or emigration.

Determine the mapping categories by finding the range of values for that indicator. Determine the number of categories to be used for your map and the interval of each category. For example: 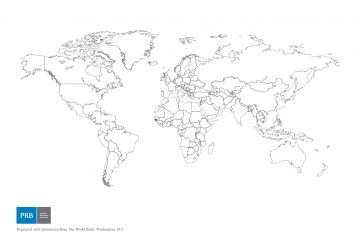