An excellent reference and data analysis tool for teachers using the Data Sheet for a variety of topics and activities. 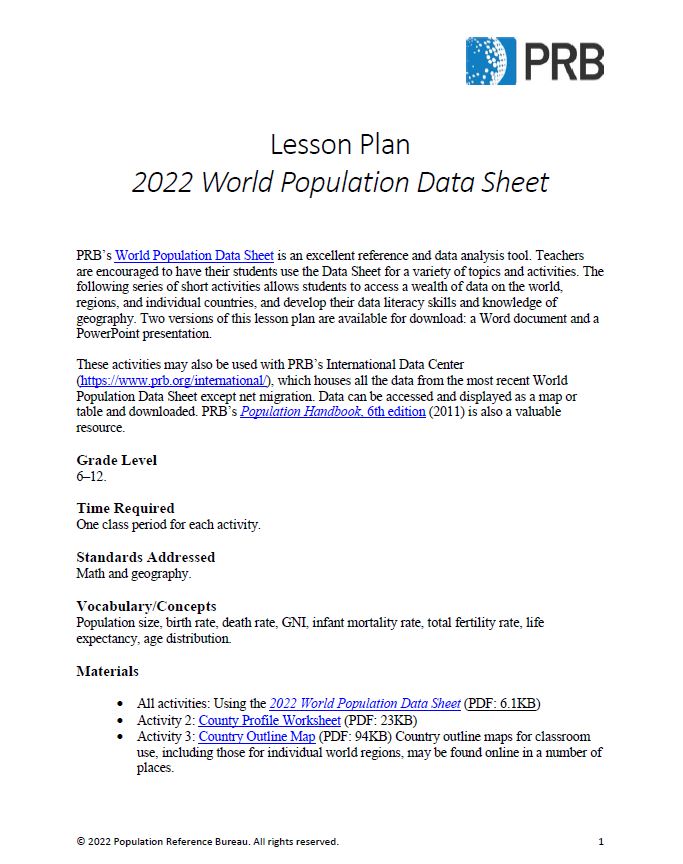 PRB’s World Population Data Sheet is an excellent reference and data analysis tool. Teachers are encouraged to have their students use the Data Sheet for a variety of topics and activities. The following series of short activities allows students to access a wealth of data on the world, regions, and individual countries, and develop their data literacy skills and knowledge of geography. Two versions of this lesson plan are available for download: a Word document and a PowerPoint presentation.

These activities may also be used with PRB’s International Data Center (https://www.prb.org/international/), which houses all the data from the most recent World Population Data Sheet except net migration. Data can be accessed and displayed as a map or table and downloaded. PRB’s Population Handbook, 6th edition (2011) is also a valuable resource.

Resource: PRB’s International Data Center (https://www.prb.org/international/) is particularly useful for this activity. It includes all the data from the most recent World Population Data Sheet except net migration. Data can be displayed as a map or table and downloaded.

Engage With the Data