Life on Hold: How the Coronavirus Is Affecting Young People’s Major Life Decisions

The past two decades have been tumultuous for the United States. During the first 20 years of the 21st century, the nation experienced a major terrorist attack, a housing market meltdown, a severe economic recession, a significant downturn in the stock market, and a pandemic that led to the highest unemployment rate since the Great Depression.

The coronavirus and the disease it causes, COVID-19, are affecting all Americans. Older people are most at risk of severe health issues related to the virus, but young adults—ages 25 to 34—may be most vulnerable to its long-term social and economic impacts. Those in their early 30s reached young adulthood during the Great Recession of 2007 to 2009 and experienced one of the most challenging job markets in U.S. history. Now those in their mid-20s are entering prime marriage and family formation years just as the coronavirus pandemic is causing extensive economic and social disruptions.

Even before the crisis hit, more young Americans had been postponing key life events that often mark the transition to adulthood. Fewer young adults in their 20s and 30s are getting married, having children, living independently from their parents, buying homes, and achieving financial independence. Nearly one in five young adults ages 25 to 29 are disconnected from work and school. A growing share of young adults carry high levels of student loan and credit card debt that may cause them to postpone marriage and family formation.1 The pandemic will likely amplify these trends.

The statistics are grim. More than 40 million workers filed for unemployment benefits in the spring of 2020. Millions of young adults work in restaurants and other service-sector jobs that have been heavily affected by stay-at-home orders and social distancing measures. The pandemic is also exacerbating the wide economic disparities between whites and other groups—especially Blacks and Latinos—who are more likely to be working in low-wage jobs with few benefits.

The current health and economic crisis is unprecedented, making it difficult to predict the impact on patterns of marriage, childbearing, homeownership, and living arrangements of young adults in the coming months and years. But we can look back at recent trends for clues.

The Coronavirus Could Prompt Many to Postpone Marriage

While the Great Recession may have forced some young adults to postpone key life transitions—such as finding a full-time job or buying a home—the decline in the proportion who are married is a longer-term trend that predates the economic downturn. It’s hard to gauge whether the decline in marriage during the recession was due to economic factors or just a continuation of previous trends.

The coronavirus may be different. In the short term, it will force millions of young adults to consider postponing marriage until social distancing restrictions are lifted. Longer-term effects on marriage are more difficult to predict.

On the one hand, some young adults—particularly those with less education and lower incomes—may decide to postpone marriage until the economy recovers, which could take years. The “economic prerequisites for entering marriage are higher today than they were for previous generations.”2 Meeting those requirements—finding a job, achieving some financial independence, accumulating some savings, and perhaps buying a home—may be harder than ever in the current environment, especially for lower-income workers without college degrees.3

The decline in the proportion married among young adults with lower levels of education accelerated during the Great Recession and has continued over the past decade (see Figure 1). The proportion of college graduates who are married has also declined but at a slower pace, which has led to a growing marriage gap between those at different education levels.4

Note: Projections are calculated by applying the average rate of change during the Great Recession and its aftermath to future years.
Source: IPUMS-Current Population Survey, University of Minnesota, www.ipums.org.

If patterns since the Great Recession continue, about one-third (32%) of young adults without bachelor’s degrees may be married by 2025, compared with 42% of young adult college graduates.

On the other hand, marriage provides an opportunity to pool resources and offers tax and health coverage benefits that may be attractive to some young adults who were on the fence about tying the knot.5 A key factor contributing to the recent decline in marriage rates, especially for less-educated groups, has been the rise in women’s earnings relative to men.6 As women’s wages have increased, fewer women have relied on a spouse or partner to provide a paycheck. However, the current economic crisis may disproportionately affect women, who are more likely to be employed in service-sector jobs. A rise in “marriageable men” relative to women could potentially lead to an increase in the proportion of young adults who marry in the coming years.7

As marriage rates among young adults have declined in recent years, cohabitation rates have increased, either as a precursor to or substitute for marriage.

Notes: A change in methods used to identify cohabiting couples accounts for part of the increase in cohabitation in 2007. Projections are calculated by applying the average rate of change during the Great Recession and its aftermath to future years.
Source: U.S. Census Bureau, Current Population Survey.

Will more young adults choose to live together because of the coronavirus pandemic’s impact on the economy? In the short term, anecdotal evidence suggests that social distancing measures have “fast-tracked many relationships” among couples forced to choose between living separately indefinitely and moving in together.

Other couples may decide to postpone cohabiting until economic prospects improve. Population Reference Bureau projections indicate that the share of young adult women and men who are cohabiting could rise to 22% and 19%, respectively, by 2025.

U.S. Fertility Rate Is at a Record Low and Could Fall Even Further

Some have speculated that the coronavirus pandemic will lead to a baby boom, with so many couples stuck at home due to social distancing requirements. But the research suggests otherwise.

The U.S. total fertility rate (TFR) has declined during previous economic downturns, and the current economic crisis will likely have a similar impact on births. The TFR fell to low levels during the Great Depression in the 1930s, amid the 1970s oil shock, and with the Great Recession in 2007. Fertility in the United States recently dropped to the lowest level in recorded history, with women having an average of 1.7 births in their lifetime.

Note: Projections are calculated by applying the average rate of change during the Great Recession and its aftermath to future years.
Source: U.S. Centers for Disease Control and Prevention, National Center for Health Statistics.

The economic impact of the coronavirus may cause more young adults to postpone births, leading to further declines in birth rates, especially among women under age 30.

States like Nevada, which relies heavily on tourism, may see bigger declines in fertility than states with more diversified economies. Fertility declines during the Great Recession were greatest in states most impacted by the economic downturn.10

Homeownership Among Young Adults Has Dropped Sharply Since 2007

Searching for a home right now is challenging because of social distancing guidelines, but the longer-term effects of the coronavirus on the housing market could linger for years. Millions of Americans who have been temporarily or permanently laid off may lose income and have to dip into their savings, decreasing their ability to secure a loan or make a down payment on a house. Many existing homeowners may need to sell their homes to help pay the bills.

Note: Projections are calculated by applying the average rate of change during the Great Recession and its aftermath to future years.
Source: IPUMS-Current Population Survey, University of Minnesota, www.ipums.org.

Historically, young adults (ages 25 to 34) have had lower homeownership rates than adults ages 65 and older, and the gap between these two groups has increased 4 percentage points from 2000 to 2019. By 2025, this gap could grow even wider, according to PRB’s projections. By 2025, just 34% of householders ages 25 to 34 may be homeowners, compared with 80% of householders ages 65 and older.

Although this trend may suggest a change in housing preferences, more than two-thirds of renters report that they would buy a home if they had the financial resources to do so.11 The decline in homeownership has also been linked to lower rates of marriage and family formation among young adults.12 The share of young men and women ages 25 to 34 living with a spouse dropped from 50% and 57%, respectively, in 2000 to 36% and 45%, respectively, in 2019.13

Wide gaps in homeownership rates also persist across different racial and ethnic groups. During the housing market crisis, owning a home became a liability for many Americans but especially for African Americans and Latinos, who were more likely to have high-cost or subprime mortgages. Black and Latino workers were disproportionately low income prior to the coronavirus pandemic, and the current economic crisis could further impact the ability of Black and Latino young adults to qualify for loans or make their mortgage payments in the coming months.

More Young Adults Are Expected to Live With Parents

Declines in marriage have been accompanied by an increase in young adults—especially men—returning to or remaining in their parents’ homes, and the coronavirus pandemic will likely intensify this trend.

Note: Projections are calculated by applying the average rate of change during the Great Recession and its aftermath to future years.
Source: U.S. Census Bureau, Current Population Survey.

The rising number of young adults living with their parents, often disconnected from work and school, may lead to further declines in marriage, family formation, and childbearing. About 22% of young men and 15% of young women are projected to be living in their parents’ homes by 2025.

The Effects of the Coronavirus Could Last for Decades

The coronavirus pandemic could be the most significant event that will occur in our lifetime and will likely have long-lasting effects on marriage, family formation, poverty, and health in the United States. Some have pointed to the positive effect of the pandemic on bringing families together, but researchers have also shown that entering the job market during a period of economic turmoil can have long-term, negative consequences for young adults. In midlife, they earn less (while working more), are less likely to be married, are more likely to be childless, and are more likely to die prematurely compared with young adults who enter the workforce during a healthier economy.14 Young adults who entered the job market during the Great Recession are still feeling the impact.

Blacks and Latinos have been disproportionately affected by layoffs due to the pandemic, and the negative effects on Black and Latino young adults will likely linger for years—exacerbating long-standing social, economic, and health inequalities between whites and other racial/ethnic groups.

Right now, life is on hold for millions of Americans. We cannot predict the long-term effects of this crisis, but it’s likely that young adults will be severely impacted by the economic fallout. Making sure these young adults have the resources they need to cover their basic needs and access educational, employment, and training opportunities—both during and after the pandemic—will be an ongoing challenge for federal, state, and local policymakers for many years. 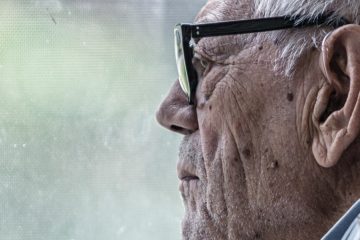 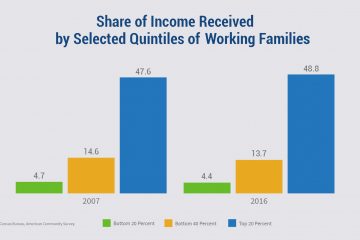