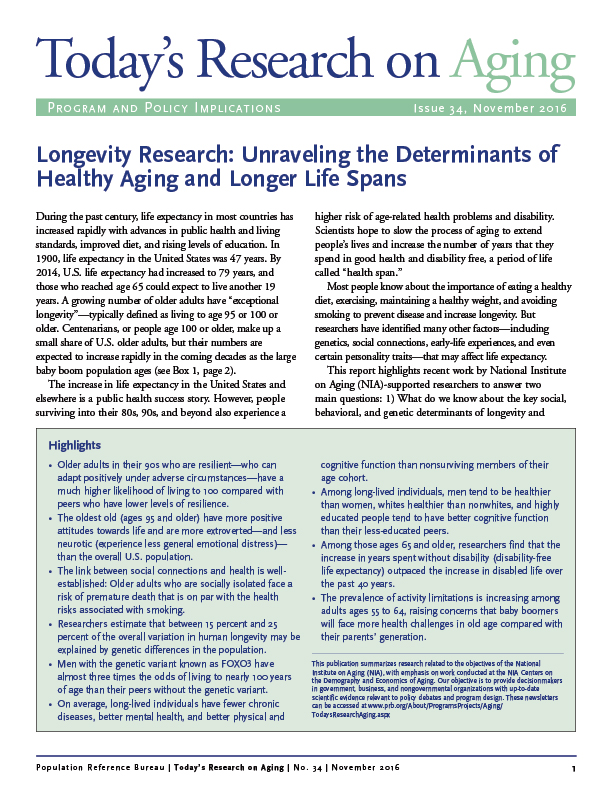 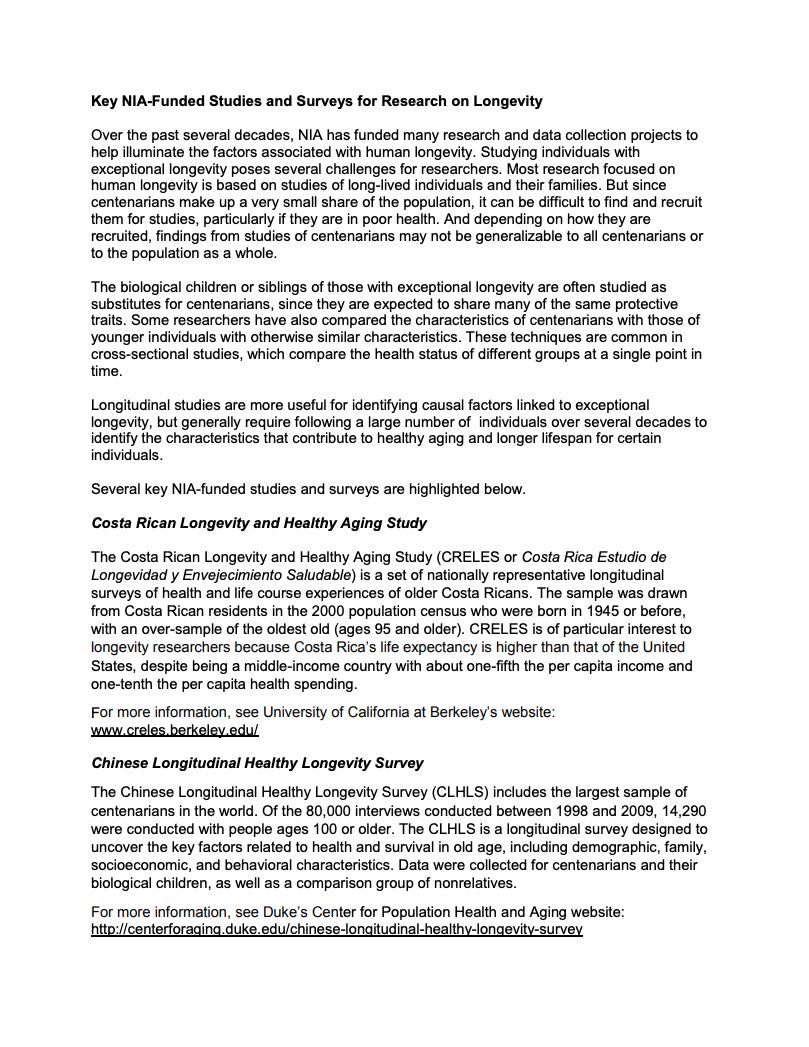 During the past century, life expectancy in the United States has increased rapidly with advances in public health and living standards, improved diet, and rising levels of education.

The increase in U.S. life expectancy is a public health success story. However, people surviving into their 80s, 90s, and beyond also experience a higher risk of age-related health problems and disability. Scientists hope to slow the process of aging to extend people’s lives and increase the number of years that they spend in good health and disability free, a period of life called “health span.” 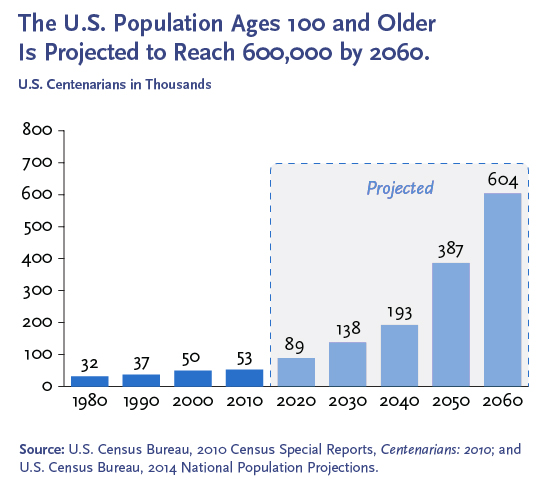 The Census Bureau projects that the number of U.S. centenarians could rise to more than 600,000 by 2060.

Most people know about the importance of eating a healthy diet, exercising, maintaining a healthy weight, and avoiding smoking to prevent disease and increase longevity. But researchers have identified many other factors—including genetics, social connections, early-life experiences, and even certain personality traits—that may affect life expectancy.

The prevalence of activity limitations is increasing among adults ages 55 to 64, raising concerns that baby boomers will face more health challenges in old age compared with their parents’ generation.