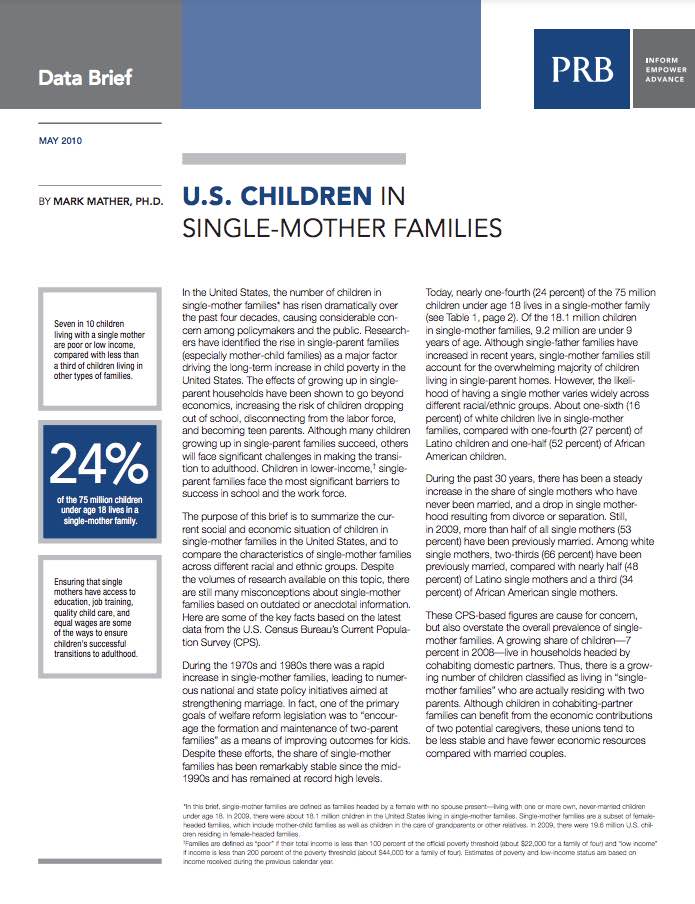 (May 2010) In the United States, the number of children in single-mother families has risen dramatically over the past four decades, causing considerable concern among policymakers and the public.1 Researchers have identified the rise in single-parent families (especially mother-child families) as a major factor driving the long-term increase in child poverty in the United States. The effects of growing up in single-parent households have been shown to go beyond economics, increasing the risk of children dropping out of school, disconnecting from the labor force, and becoming teen parents. Although many children growing up in single-parent families succeed, others will face significant challenges in making the transition to adulthood. Children in lower-income, single-parent families face the most significant barriers to success in school and the work force.2

Mark Mather is associate vice president of Domestic Programs at the Population Reference Bureau. Financial support for this data brief was provided by the W.K. Kellogg Foundation.