While Southern states are regarded as retirement magnets, eight of the 10 states with the highest percentages of older residents are not in the South. What’s driving these regional patterns?

More than 55 million Americans are age 65 or older, according to the Census Bureau’s 2020 population estimates. One-fourth of these older Americans live in one of three states: California, Florida, and Texas. Seven other states—Georgia, Illinois, Michigan, New York, North Carolina, Ohio, and Pennsylvania—account for roughly another quarter of the 65+ population.

These 10 states are also the most populous and include over half of the total U.S. population. Sparsely populated states such as Alaska, North Dakota, Wyoming, and Vermont also have very small older adult populations—less than 130,000 each in 2020.

But the states with the most adults age 65 or older do not necessarily have the oldest population age profiles. California is a relatively young state even though it has the largest number of older residents: Only 15% of the state’s total population was age 65 or older in 2020. In contrast, Maine’s relatively small number of older adults represent 22% of its total population, the highest share of older residents in any state.

States Ranked by Percent of Population Age 65 or Older, 2020

While southern states are regarded as retirement magnets, partly due to their warmer weather and tax benefits for seniors, states in the Northeast and Midwest have among the largest shares of older adults. What’s driving these regional patterns?

Migration, both internal and international, has a large impact on the distribution of older adults. States that have attracted older retirees, such as Arizona, Florida, New Mexico, and South Carolina, have larger proportions of older residents. Many states in the Midwest and Northeast also have large shares of older adults, but for different reasons. As young adults in these states have moved south and west looking for educational and job opportunities, the older population has been left to age in place. In contrast, Texas has been a popular destination for state-to-state and international migrants, which has kept its population relatively young.  Austin-Round Rock-Georgetown was the second-fastest growing metropolitan area in the country between 2010 and 2020, trailing only The Villages in Florida.

The share of older adults will continue to increase as more members of the large baby boom cohort reach retirement age. By 2030, 26 states are projected to have age profiles similar to those of Florida and Maine today, with at least 20% of their residents age 65 or older. This demographic shift has implications for many federal and state programs that support older adults. As more Americans become eligible for federal entitlement programs like Medicare and Social Security, spending reductions and tax increases may be inevitable. 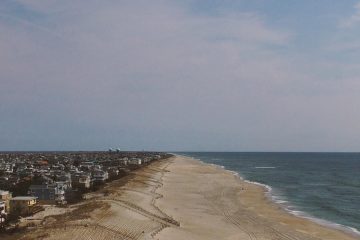 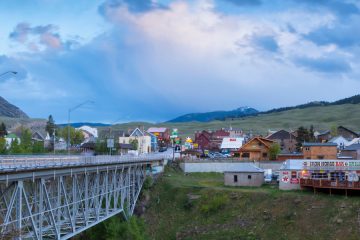