As Life Expectancy Rises in the United States, Gaps Between Whites and Blacks Are Decreasing 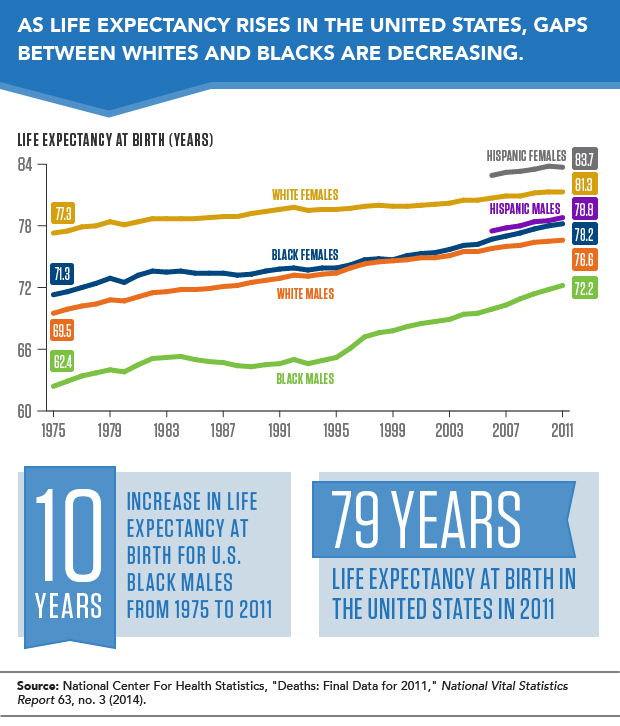