8 Billion People: A Milestone by the Numbers

As Earth's population reaches the eight-billion milestone, we put it into context. 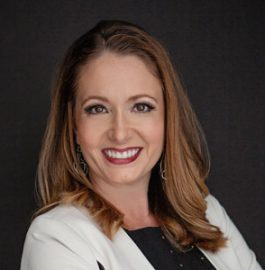 This month, the world’s population will exceed 8 billion. Here’s how we reached this point and where we’re going. It’s 8 billion and counting, by the numbers.

The average number of children born to a woman in her lifetime continues to hit a historic low each year. At 2.3, the global total fertility rate is now just a shade above replacement level, or the number of births needed to replace the population already born (typically considered around 2.1). Despite this downward trend, the total world population will grow by about 1 to 2 billion before it peaks. How is that possible?

Part of the reason is that fertility is still quite high in some places and we’re living longer so there are more of us. But much of our future population growth is actually baked in from the past, when fertility was higher. To illustrate, let’s look at Egypt’s fast-growing population.

Women in Egypt currently have 2.5 children on average in their lifetimes, but Egypt’s population is on track to grow by nearly 40% over the next three decades in large part because the cohort of potential mothers is large—not because fertility is particularly high. As Figure 1’s population pyramid shows, it wasn’t until after 2015 that the number of babies started to dwindle.

FIGURE 1. The Fertility Rate in Egypt Began to Decrease in 2015

Population of Egypt by 1-Year Age Groups and Sex, 2022

As today’s children age into their reproductive years over the next decades, Egypt’s overall population will grow even if average fertility continues to fall, as expected. With a life expectancy at birth of 75 years, the pyramid will grow wider at the top (older ages), too.

The total world population is hitting 8 billion, but the 6 billion of us who live in middle-income countries, many of which have below-replacement fertility, are a key segment to watch when it comes to environmental impact. Access to rights-based family planning and reproductive health services remains important, especially for lower-middle-income countries that still have above-replacement fertility, 2.6 children per woman on average.

But it’s essential to shift focus away from how many people live in these countries and focus instead on how their quality of life is changing. Shifting diets (for example, meat consumption tends to increase with income) and increasing energy needs mean that the environmental impact of these billions of people will grow as their quality of life improves. Sustainable development is more imperative than ever.

The gap between average life expectancy at birth in low-income countries (65 years) versus high-income ones (83 years) is 18 years. As I argue in my new book, while the last century was one of exponential growth, this century is one of differential growth, with major disparities in birth, death, and even migration trends between lower- and higher-income countries.

Generally, in lower-income settings, improvements in life expectancy come from fewer infant and child deaths as public health infrastructure improves over time, but such improvements are slow to come in many countries. Civil violence, as in Afghanistan and Somalia, and natural disasters, as in Haiti and Pakistan, often mean women and children in these settings are unable to access health services, and high infant mortality rates are one consequence.

As for challenges, in more youthful countries, the focus is often on how to feed, educate, and employ a fast-growing population with millions aging into the workforce annually. In countries with older populations, discussions center on how to maintain economic vitality as millions exit the workforce annually into retirement. But there are opportunities as well: Youthful countries have the potential to reap a demographic dividend—a boost in economic growth from higher proportions of people of working age—if the right government policies are in place, such as investments in human capital. Countries with older age structures are at the leading edge of innovations in automation and artificial intelligence, which help offset shrinking workforces.

More than half of world population growth through 2050 will come from countries in sub-Saharan Africa. The region is on track to add nearly 1 billion people, assuming some fertility declines. Over 40% of that growth will come from just four countries: the Democratic Republic of the Congo (DRC), Ethiopia, Nigeria, and Tanzania (see Figure 2).

In 2020, the global population growth rate fell under 1% for the first time in modern history. Some global population losses from COVID-19 (postponed childbearing plus excess deaths) drove the rate downward, but the historic low mostly followed a long-term trend, as Figure 3 shows. We don’t know for certain how high world population will peak, but we do know that these “billion” milestones will grow farther apart as growth continues to slow. 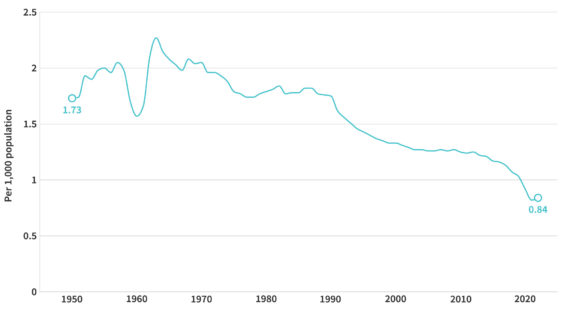 So there you have it: 8 billion people on Earth for the first time in human history—in global context.

Jennifer D. Sciubba is Vice Chair of PRB’s Board of Trustees and the author of 8 Billion and Counting: How Sex, Death, and Migration Shape Our World. Read more of her work at https://jennifersciubba.substack.com.