How Many People Have Ever Lived on Earth?

The global population milestone of 8 billion represents nearly 7% of the total number of people who have ever lived on Earth. 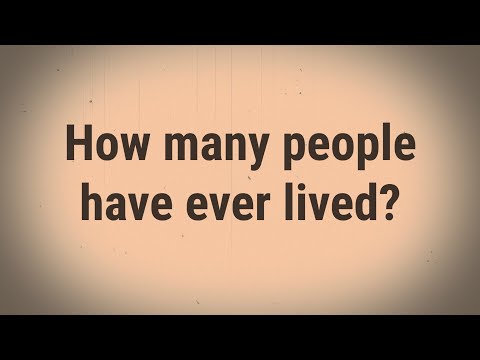 How Many People Have Ever Lived?

This article is an updated version of one of PRB’s most popular features: estimating the number of people who have ever been born. We first made this estimate in 1995 and have updated it periodically since then.

Calculating the number of people who have ever lived is part science and part art. No demographic data exist for more than 99% of the span of human existence. Still, with some assumptions about population size throughout human history, we can get a rough idea of this number:  About 117 billion members of our species have ever been born on Earth.

What Can We Estimate About Population in Prehistory and History?

Any estimate of the total number of people who have ever lived depends essentially on three factors: the length of time that humans are thought to have been on Earth, the average size of the population at different periods, and the number of births per 1,000 population during each of those periods. The estimate, however, does not depend on the number of deaths during any period of time.

Determining when humankind actually came into existence isn’t straightforward. The oldest hominins are thought to have appeared as early as 7 million B.C.E. The earliest species of the Homo genus appeared around 2 million to 1.5 million B.C.E. Current evidence supports modern Homo sapiens appearing around 190,000 B.C.E. Modern Homo sapiens originated in Africa, though the exact location has long been debated. Diverse groups are thought to have lived in different locations across Africa for the first two-thirds of human history.

Around 8000 B.C.E., the world population was approximately 5 million. (Table 1 displays very rough figures representing averages of an estimate of ranges given by the United Nations and other sources.) Slow population growth over the 8,000-year period—from an estimated 5 million in 8000 B.C.E. to 300 million in 1 C.E.—results in a very low growth rate of only 0.05% per year. It’s difficult to come up with an average world population size for this period. In all likelihood, human populations in different regions grew or declined in response to food availability, the variability of animal herds, periods of peace or hostility, and changing weather and climatic conditions.

TABLE 1. How Many People Have Ever Lived on Earth?

In any case, life was short. Life expectancy at birth probably averaged only about 10 years for most of human history. Average life expectancy in Iron Age France (from 800 B.C.E. to about 100 C.E.) has been estimated at only 10 or 12 years. Under these conditions, the birth rate would have to be about 80 live births per 1,000 people just for the species to survive. To put that in perspective, a high birth rate today is about 35 to 45 live births per 1,000 population, and it is observed in only some sub-Saharan African countries.

These short life expectancies mean that the human population had a hard time increasing. One estimate of the population of the Roman Empire, spanning Spain to Asia Minor, in 14 C.E. is 45 million. Other historians, however, set the figure twice as high, suggesting how imprecise population estimates of early historical periods can be.

By 1650, the world’s population rose to about 500 million—not a large increase from the estimate of 300 million in 1 C.E. The average annual rate of growth was actually lower in this period than the rate suggested for 8000 B.C.E. to 1 C.E. One reason for the unusually slower growth was the Black Death. This dreaded plague was not limited to 14th-century Europe but may have begun in western Asia in about 542 C.E. and spread from there. Experts believe that half the Byzantine Empire was destroyed by plague in the sixth century, a total of 100 million deaths. Such large fluctuations in population size over long periods greatly compound the difficulty of estimating the number of people who have ever lived.

By 1800, however, the world population passed the 1 billion mark and has since continued to grow to its current 8 billion (our most recent estimate as of 2022). This growth is driven in large part by advances in public health, medicine, and nutrition that have lowered death rates, allowing more people to live far into their reproductive years.

Guesstimating the number of people ever born requires determining population sizes for different points in human prehistory and history and applying assumed birth rates to each period. We start at the very, very beginning—with just two people (a minimalist approach!). Although it is unlikely that humans descended from two people, this approach simplifies our estimation.

One complicating factor is the pattern of population growth. Did it rise to some level and then fluctuate wildly in response to famines and changes in climate? Or did it grow at a constant rate? We cannot know the answers to these questions, although paleontologists have produced a variety of theories. For the purposes of this exercise, we assumed a constant growth rate applied to each period up to modern times. Birth rates were set at 80 per 1,000 population annually through 1 C.E. and at 60 per 1,000 from 2 C.E. to 1750. Rates then declined to below the 20s by the modern period (see Table 1).

This semi-scientific approach yields an estimate of about 117 billion births since the dawn of modern humankind. Clearly, the period 190,000 B.C.E. to 1 C.E. is key to our estimate but, unfortunately, little is known about that era’s population size. If we were to challenge our conclusion at all, it might be that our method underestimates the number of births to some degree. The assumption of constant rather than highly fluctuating population growth in the earlier period may underestimate the average population size at the time.

Given a current global population of about 8 billion, the estimated 117 billion total births means that those alive in 2022 represent nearly 7% of the total number of people  who have ever lived (see Table 2). Because we have existed on Earth for approximately 200,000 years, that’s actually a fairly large percentage.

As new archaeological discoveries are made and analyzed using increasingly innovative methods, our understanding of human population history will likely expand further, allowing us to improve on this ever-intriguing proposition! 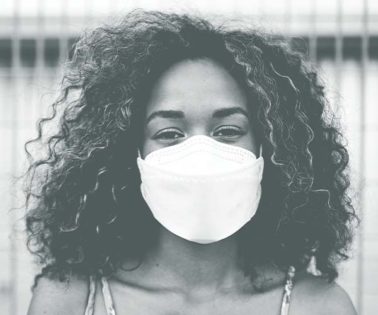 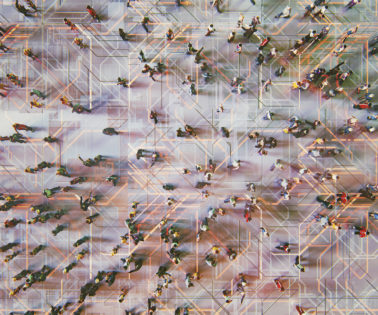 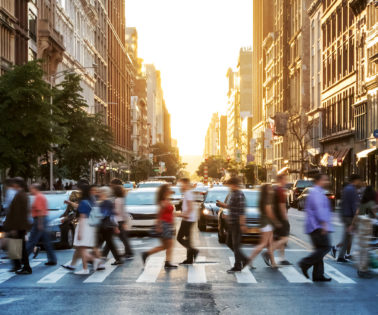 8 Billion People: A Milestone by the Numbers

Toshiko Kaneda is a technical director, demographic research at PRB; Carl Haub is a former senior demographer at PRB and is also the author of the original version of this article in 1995.