NOTE: The coronavirus pandemic has led to widespread economic disruptions and the largest increase in unemployment in U.S. history. The strength of a family’s safety net—the resources a family has to share across generations—may be more important than ever in helping families cope with lost income.

Race may be a social construct but it’s one with consequences that may span generations. While both Black and white families can experience upward or downward wealth mobility from one generation to the next, studies show the dramatic socioeconomic disadvantages for Black families have persisted across generations.

Two new studies shed light on the ways in which socioeconomic disadvantage persist across multiple generations of families that self-identify as Black in the United States. Both studies rely on data from the Panel Study of Income Dynamics (PSID) to assess family economic well-being across multiple generations. Advancing the research beyond traditional parent-child analysis, both studies also assess how additional generations (such as grandparents) may influence economic circumstances.

“In times of financial difficulty, Blacks have fewer kin (relative to whites) who are able to provide a financial cushion that could protect against economic hardship, and they are more likely to have family members who need financial support,” says Sung S. Park of Harvard University, who conducted the research with Emily Wiemers of Syracuse University and Judith Seltzer of the California Center for Population Research at the University of California, Los Angeles.1

The team examined the number of generations of living relatives a person had at the time of the survey, as well as the financial circumstances of the family members in each generation. They assessed permanent socioeconomic resources, such as educational attainment and home ownership, and economic challenges like unemployment. Using those metrics, they found substantial white-Black disparities in kin resources (see table).

TABLE. Blacks Are Less Likely Than Whites to Have Kin With Socioeconomic Resources, More Likely to Have Kin Who Need Support

The authors find that “the family prevalence of unemployment—having multiple family members unemployed at the same time—is greater for Blacks than whites.” Not only are economic hardships more pervasive among Black families and socioeconomic resources more common among white families, the difference in resource availability from relatives is striking in the event of economic hardship. For example, more than 80% of whites who are unemployed have at least one family member with some form of permanent socioeconomic resource (college degree or home ownership). However, only about two-thirds of Blacks are in this situation.

Adjusting for demographic characteristics (such as age, partnership status, number of siblings) and generational structure does not eliminate these gaps in the economic safety net of families.

Over the course of their lives, Black youth are more likely than white youth to move down the wealth ladder. “Among those growing up in the middle 20% of the parental wealth distribution, black children are much more likely to be downwardly mobile, with 39% of them falling to the bottom 20% of the wealth distribution compared to 16% of white children,” according to researchers Fabian T. Pfeffer of the University of Michigan and Alexandra Killewald of Harvard University.2

The researchers used PSID data to track and visualize wealth across generations. They also assessed different channels through which wealth is maintained across generations, such as gifts and bequests, educational advantage, marriage, home ownership, and business ownership. Children’s access to education and home ownership explain much of the two-generation association in net worth, and the transfers may occur much earlier in life than an exclusive focus on bequests and inheritance would suggest.

They also found that intergenerational persistence in net worth is stronger for white families at the top of the wealth distribution and stronger for Black families at the bottom. This difference means that the children of the wealthiest white families were likely to remain wealthy while children of Black families tend to start with a wealth disadvantage that persists (see figure). The researchers also found that grandparent wealth is associated with grandchild wealth, even after accounting for parental net worth. In other words, wealth advantage may flow directly from grandparent to grandchild.

FIGURE. Downward Wealth Mobility Is More Likely for Blacks Than Whites Across Generations

The authors conclude that “today’s black-white gaps in wealth arise from both the historical disadvantage reflected in the unequal starting position of black and white children, and contemporary processes, including continued institutionalized discrimination.”

Policies that close the Black-white gap in permanent resources like education, home ownership, and wealth could help reduce the exposure to economic hardship that Blacks face and improve family members’ ability to provide help to one another. Such policies would improve well-being for Black families not just in a single generation but also for future generations.

This article was produced under a grant from the Eunice Kennedy Shriver National Institute of Child Health and Human Development (NICHD). The work of researchers from the following NICHD-funded population dynamics research centers was highlighted in this article: University of California, Los Angeles, and University of Michigan. 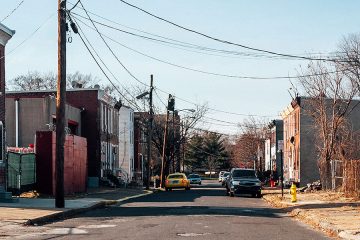 Poverty and Inequality Pervasive in Two-Fifths of U.S. Counties 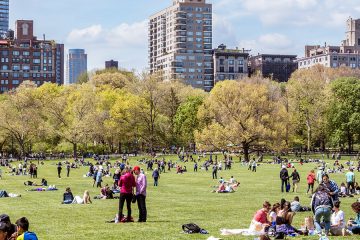