As coronavirus cases rise in less densely populated states in the Midwest and West, the disease, combined with high levels of obesity in rural America, could pose major challenges for health care systems, suggests Mark Lee at the University of Minnesota.

People of any age with obesity face a greatly increased risk of severe illness and death from COVID-19, the disease caused by the novel coronavirus, confirms new research supported by the Eunice Kennedy Shriver National Institute of Child Health and Human Development (NICHD).1

An analysis of published data led by Barry Popkin of the University of North Carolina at Chapel Hill found that people with obesity—defined as a body mass index (BMI) of 30 or higher—who were infected with the virus had a higher risk of hospitalization, admission to intensive care, and death compared with those without obesity (see Figure 1).

Obesity is an epidemic of its own in rural America: In a recent interview Lee pointed to analysis showing that 43% of Americans in nonmetropolitan areas were obese in the period from 2013 to 2016 compared with 35% of their peers in large metropolitan areas, a full eight percentage-point difference.2

FIGURE 2. Obesity in the United States Is More Prevalent Outside of Metropolitan Areas

“A large coronavirus outbreak in a rural area could lead to a high level of severe cases and greater mortality because the rural population has more underlying conditions, including obesity, and tends to be older,” Lee says. “There are fewer health care resources such as ICU beds, and distances make accessing care more difficult.”

Recent research by Lee and other NICHD-supported investigators examines the dynamics of rural obesity, underscoring the importance of prevention efforts.

Living in Rural Areas Linked to Weight Gain and Obesity

These findings come from a study based on 1986 to 2014 data from the National Longitudinal Survey of Youth, which began regularly surveying a nationally representative sample of Americans ages 14 to 22 in 1979 about important life events such as employment, education, health problems, and marriages. The analysis takes into account differences in the makeup of rural and urban populations.

Previous research may explain some of these patterns: Rural areas have a lot of open space, but the roads are not conducive to physical activity, and sidewalks and parks are limited, Lee says. Many rural residents have long commutes and rely on cars for all of their errands.

Grocery stores selling high-quality fresh produce are also more limited. The U.S. Department of Agriculture identified census tracts that have limited access to healthy and affordable food and found that rural tracts were nearly twice as likely to have limited access compared with urban tracts, at 15.9% and 8.2% respectively.4

Given the increased risk of weight gain in rural areas, residents would benefit from policies that address obesity and exercise such as expanding access to quality food and opportunities for physical activity, he notes.

Rural Americans living in remote areas are more likely to have obesity and diabetes than their counterparts whose homes are closer to highways and near small towns, according to research conducted by a team from the universities of Maryland, Utah, and California at San Francisco.5

The greater abundance of services and facilities found in areas with more roads may offer residents greater access to places and resources that promote health, they suggest.

“Poorer health in rural areas is not inevitable,” the researchers argue. Addressing obesity and promoting health may involve advocating for roads and community resources such as parks and sidewalks—especially in more resource-poor areas, they suggest.

Over the past three decades, and particularly since 2010, gains in life expectancy have slowed or even reversed in some places for non-Hispanic whites, particularly those living in nonmetropolitan areas, new research shows.6

Deaths related to the opioid epidemic explain part of this trend, but rising obesity may also play a role, suggest Irma T. Elo, Yana Vierboom, and Samuel H. Preston at the University of Pennsylvania, Arun S. Hendi of Princeton University, and Jessica Y. Ho of the University of Southern California.

The team of researchers analyzed death data from 1990 to 2016 by age, sex, race/ethnicity, and cause of death for American adults ages 25 and older compiled by the National Center for Health Statistics, then estimated death rates by age, year, and geographic region. They grouped the data into four categories based on geographic characteristics: large central metropolitan areas, large metropolitan suburbs, small/medium metropolitan areas, and nonmetropolitan areas.

Obesity is a risk factor for cardiovascular disease and other chronic conditions, they note, and suggest that it “plays some role in the trends we observe.”

Living in Disadvantaged Areas Increases the Odds of Obesity Among Adults

Might the higher prevalence of obesity in rural America be related to the level of disadvantage in some rural areas?

These researchers, from Brown, Johns Hopkins, and Harvard universities, based their analysis on longitudinal data from the New England Family Study, which tracked 671 people in Massachusetts and Rhode Island over 46 years, from 1961 to 2007.

Their findings provide additional evidence that living in a low-income area is associated with an elevated risk of obesity, suggesting that people living in disadvantaged rural areas are an important target for obesity prevention initiatives.

Given that large shares of rural Americans have—or are at risk of—obesity and other medical conditions that can make COVID-19 severe, regular preventive health care is more important than ever, Minnesota’s Lee argues. Such care includes flu shots and other immunizations, blood pressure checks, blood sugar and cholesterol monitoring, and mental health screening. 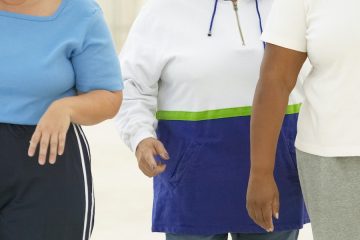 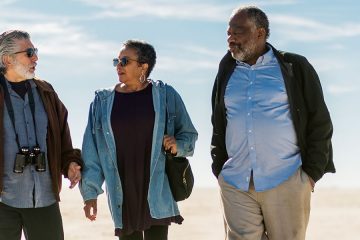