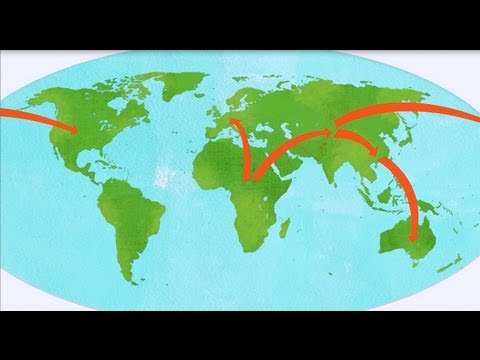 “Distilled Demographics,” PRB’s video series, highlights key demographic concepts such as fertility, mortality, and migration. Through these short videos, you can learn demography’s real-world application and impact. “These videos not only show that demography can be exciting, but also highlight how population trends and issues affects the well-being of us all,” says Carl Haub, senior demographer at PRB. “Fertility, mortality, and migration—along with other demographic issues—play a major role in determining what kind of opportunities and challenges people face in their communities and countries.”

This video accompanies “How Many People Have Ever Lived on Earth?” one of PRB’s most popular articles, first published in 1995 and updated in 2002. This latest update includes data up through mid-2011.

The question of how many people have ever lived on Earth is a perennial one among information calls to PRB. One reason the question keeps coming up is that somewhere, at some time back in the 1970s, a writer made the statement that 75 percent of the people who had ever been born were alive at that moment. This factoid has had a long shelf life, even though a bit of reflection would show how unlikely it is. For this “estimate” to be true would mean either that births in the 20th century far, far outnumbered those in the past or that there were an extraordinary number of extremely old people living in the 1970s. If this estimate were true, it would indeed make an impressive case for the rapid pace of population growth in this century. But if we judge the idea that three-fourths of people who ever lived are alive today to be a ridiculous statement, have demographers come up with a better estimate?

In this video, PRB senior visiting scholar Carl Haub, with some speculation concerning prehistoric populations, approaches a guesstimate of this elusive number.