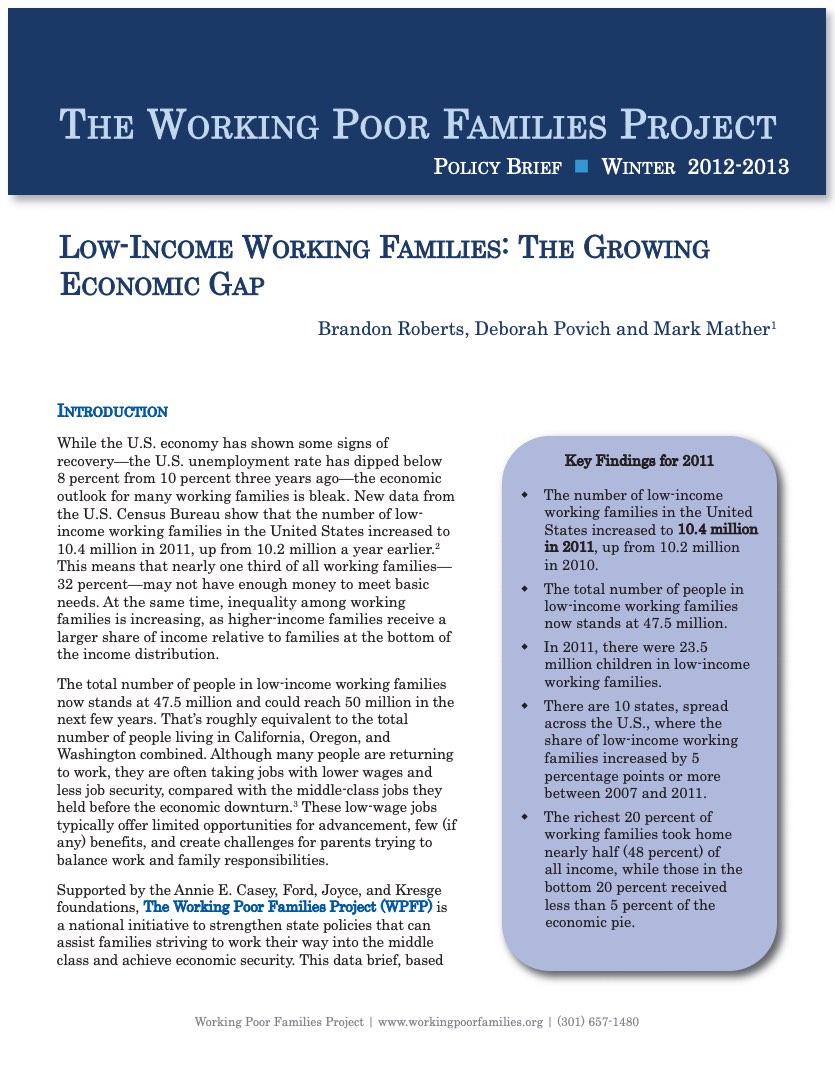 At the same time, the income gap between low-income working families and the nation’s wealthiest working families is widening, according to Low-Income Working Families: The Growing Economic Gap, by the Working Poor Families Project, supported by the Annie E. Casey, Ford, Joyce, and C.S. Mott foundations.

The report defines low-income working families as those earning less than twice the federal poverty line. In 2011, the low-income threshold for a family of four with two children was $45,622.

“Although many people are returning to work, they are often taking jobs with lower wages and less job security, compared to the middle-class jobs they held before the economic downturn,” said Mark Mather, a report co-author and PRB associate vice president of Domestic Programs. Many of the fastest-growing jobs, such as those in the service sector, often require working nights and weekends, creating challenges for families who need child care, Mather said.

Other results from the report include:

“Policymakers stress the need to strengthen the middle class, but cutting programs and benefits that serve low-income working parents and their children would undermine that goal,” Mather said. The report calls on policymakers to support programs that provide education and training to low-income families. It also recommends policies that promote high-quality jobs with decent wages, paid sick days, and family leave; and policies that help low-income workers balance their work and family commitments. 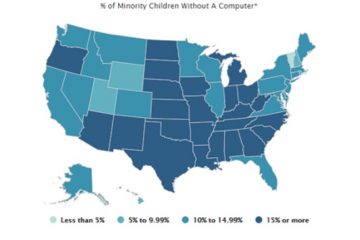