The world is better equipped to fight a pandemic today than it was in 1918, when influenza swept the globe and infected up to one-third of the world’s population.1 While science and medical advances have given us new advantages in fighting disease, some demographic trends since 1918 may increase the risk for spreading contagions and our vulnerability to viruses.

Population Mobility Allows Viruses to Spread Quickly Around the World

The sheer volume of today’s population movements—from migration and travel as people fly within and across countries—may make it faster and easier for viruses to spread around the world.

During the 1918 flu pandemic, the airline industry was not yet established, and overseas travel was expensive and time consuming. Even with these limitations, the flu spread across multiple countries in a matter of months, mainly because of the large number of military personnel returning home from World War I (1914-1918).2

Since then, flight has become so established in our society that it’s commonplace. By 2018, the global airline industry had 4.3 billion scheduled passengers, up from 1.3 billion passengers in 1995. Similarly, international tourist visits globally have nearly doubled in the past decade, from 936 million visits in 2009 to 1.8 billion visits in 2018.3

The increased volume of travel—both international and domestic—presents a significant challenge to stopping or slowing the spread of the coronavirus and COVID-19, the disease caused by the virus. China’s first reported COVID-19 case occurred in December 2019, and Thailand reported its first confirmed case on Jan. 13, 2020. One week later, by January 20, South Korea and Japan also reported their first cases.4 More than 20 countries reported COVID-19 cases by the end of that month.5

In the United States, the epicenter for the pandemic is New York City, a densely populated megacity with many international travelers. The first confirmed case in the city came from a traveler who had returned to the city from overseas.8

As data from tracking the coronavirus shows, once a virus arrives somewhere, it can spread quickly within populations. One key factor to this spread is urbanization.

Population density has generally increased because of the quadrupling in the global population since the 1920s to the current 7.7 billion, but we’re more concentrated in urban areas today than we were back then—more than half the world’s population lives in urban areas.9 Between 1920 and 2020, the percent of the world population estimated to be living in urban areas increased from around 20% to 56%.10 This growth has been largest in Asia and Africa, where their shares are currently 51% and 41% respectively, around three times their percentages in 1950.11

The number of large cities has also soared: 548 cities had 1 million or more people in 2018, a nearly 50% increase from 371 cities in 2000, and a more than seven-fold increase from 77 cities in 1950. In 1950, only New York and Tokyo with their surrounding metropolitan areas were considered megacities, with a population of at least 10 million. By 2018, this number increased to 33, with 27 megacities in developing countries. China is home to six megacities, and India has five megacities. All except one of the 10 cities projected to become megacities between 2018 and 2030 are in developing countries.

The growth in and location of megacities is significant when considering public health crises like those posed by the coronavirus pandemic. While population density facilitates the spread of diseases even in developed countries, rapid urbanization in developing countries—often without proper planning—can result in unsafe crowding and areas with concentrated poverty (slums). This overcrowding and lack of infrastructure for sanitation and hygiene provide prime conditions for the spread of many diseases. Air pollution in large cities also weakens lung function, which may make residents more vulnerable to COVID-19.12

As population growth and urbanization continue, they generate another way in which a virus may spread more easily: As human settlements expand, animal habitats often shrink or are destroyed, increasing the risk of humans coming into contact with new animal-born disease vectors, as scientists believe is the case for the coronavirus (and is the case with many epidemics).

While the demographic changes in population movement and urbanization may make it easier for viruses to spread, population aging makes us more vulnerable to them. The number of older adults ages 60 and older globally has increased five-fold from 202 million to 1.05 billion between 1950 and 2020, while the total population increased three-fold.13 Coupled with declines in fertility rates during the same period, the result is a rapid aging of the global population—the share of the older population ages 60 and older has increased from 8% in 1950 to 13.5% in 2020.14

The likelihood of becoming severely ill with COVID-19 appears to be greater among those ages 60 and older. While people of all ages can become infected with the coronavirus, older adults may be more at risk partly because they’re more likely to have one or more noncommunicable diseases reported to increase vulnerability, such as cardiovascular diseases, cancers, diabetes, and chronic respiratory diseases, PRB reports.

The age pattern of mortality indicates that places with more older adults are likely at risk of higher rates of severe illness or death than places with younger populations, if all else remain the same, PRB researchers explain. The case fatality rate from COVID-19 in China among those ages 80 and older is reported to be six times higher than the overall case fatality rate for that country.15

Italy’s population has been particularly hard hit by the coronavirus. It began with three cases in people who had traveled from China. Although social distancing is considered to have helped slow the spread in Italy, the country has suffered a significant number of deaths—nearly 18,000 as of this writing—partly because Italy’s population ranks as the oldest in Europe.

Sixteen percent of Italy’s population is ages 85 and older. That segment of the population—those age 85 and older, the group often referred to as the oldest-old—is the fastest-growing age group globally, increasing from less than 5 million people to 64 million people between 1950 and 2020.

The first confirmed case of COVID-19 in the United States was found with a man returning from Wuhan, China, to the state of Washington. It then quickly spread to elderly residents living in close quarters at a nearby nursing home, many of whom have underlying conditions and weakened immune systems. The disease claimed the lives of 35 people less than one month after the first patient was transferred to a hospital.

Demographic Changes Must Be Considered When Evaluating New Health Threats

These facts illustrate how demographic trends in the global mobility of populations, urbanization and population density, and longevity and population aging have likely made us more vulnerable to the coronavirus pandemic and pandemics in general.

Such demographic changes are important to consider as countries evaluate their risks for experiencing pandemics like the coronavirus or other infectious diseases and work to develop new ways to protect their populations. For example, decisionmakers can identify the areas with populations most vulnerable to a disease and increase stocks of protective gear like masks and hand sanitizers; medical supplies such as ventilators, surgical gowns, gloves, and face shields; and hospital beds.

Policymakers may also want to consider policies such as paid sick leave and enhanced unemployment benefits for wage workers in service industries and other industries where workers come into regular contact with the public. These policies will both cut down on the spread of the virus and ease the financial burden on individuals and the economic impact on society. 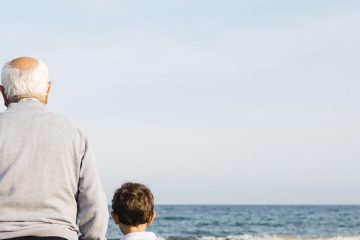