Persistent Racial/Ethnic Gaps in the U.S.

Immigration has played a key role in these racial/ethnic changes, putting the United States on a path to become “majority minority” by 2043. But the population under age 18 is projected to reach this milestone much sooner—by 2018 or 2019, depending on future levels of immigration. Some of the fastest-growing groups—especially Latinos—are also the most vulnerable, lagging behind other groups on many measures of social and economic well-being. 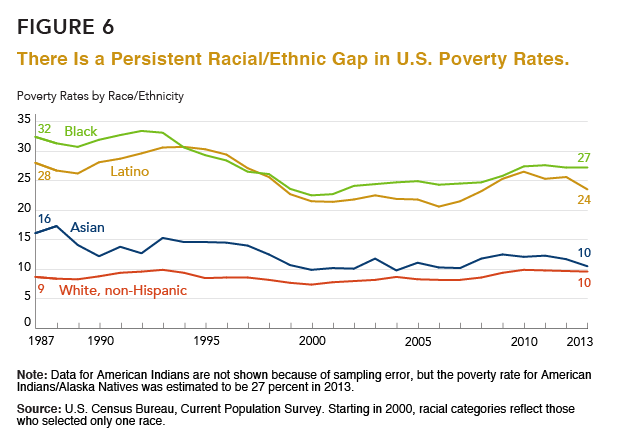 The bad news is that, in the short term, the recession contributed to a growing poverty gap between Asians and whites versus blacks and Latinos, who were disproportionately affected by job losses during the economic downturn. But the gap also reflects longer-term demographic changes in the U.S. population. Baby boomers, who are mostly white, are reaching retirement age and can receive Social Security income, while young children and their families are more likely to be racial/ethnic minorities and are at a higher risk of being poor. The racial/ethnic divide between generations may contribute to a growing economic gap across different racial/ethnic groups—with an aging white population eligible for benefits that help keep them above the official poverty line, and a younger and racially diverse population entering the workforce during a period of economic instability. If current disparities persist, the number of people living in poverty is projected to increase with the rising share of lower-income racial/ethnic minorities (see Box 3). 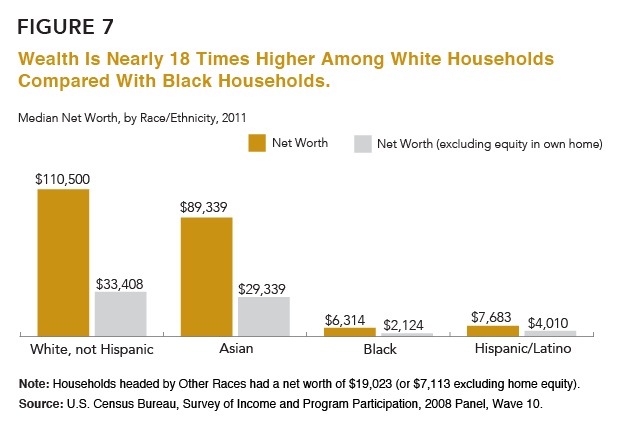 The wealth gap can be explained largely by differences in homeownership and home values between groups, as well as higher levels of private transfers of wealth (for example, through large gifts or inheritances) among whites compared with blacks and Latinos.24 With higher incomes, white families are able to purchase homes eight years earlier, on average, compared with black families, generating more equity and potential for growth in assets.25 Finally, although buying a home remains an important first step toward economic security, homeownership became a liability for many lower-income families during the recent recession. High interest rates, falling home prices, and the rise in foreclosures wiped out trillions of dollars of accumulated wealth.

Reducing poverty will be difficult unless the economic circumstances of blacks, Latinos, and American Indians improve. Between 1980 and 2013, the proportion of racial/ethnic minorities in the U.S. population increased from roughly 20 percent to 37 percent. By 2030, minorities are expected to make up 45 percent of the population. Based on this projection and assuming current poverty levels persist in the future, the number of people in poverty could increase to 68 million by 2050, up from 45 million in 2013 (see figure). However, if the poverty gaps were eliminated, so that poverty rates for all racial/ethnic groups were no higher than those for non-Hispanic whites in 2013, the number of people in poverty in 2050 would drop below the level in 2013, to 44 million. 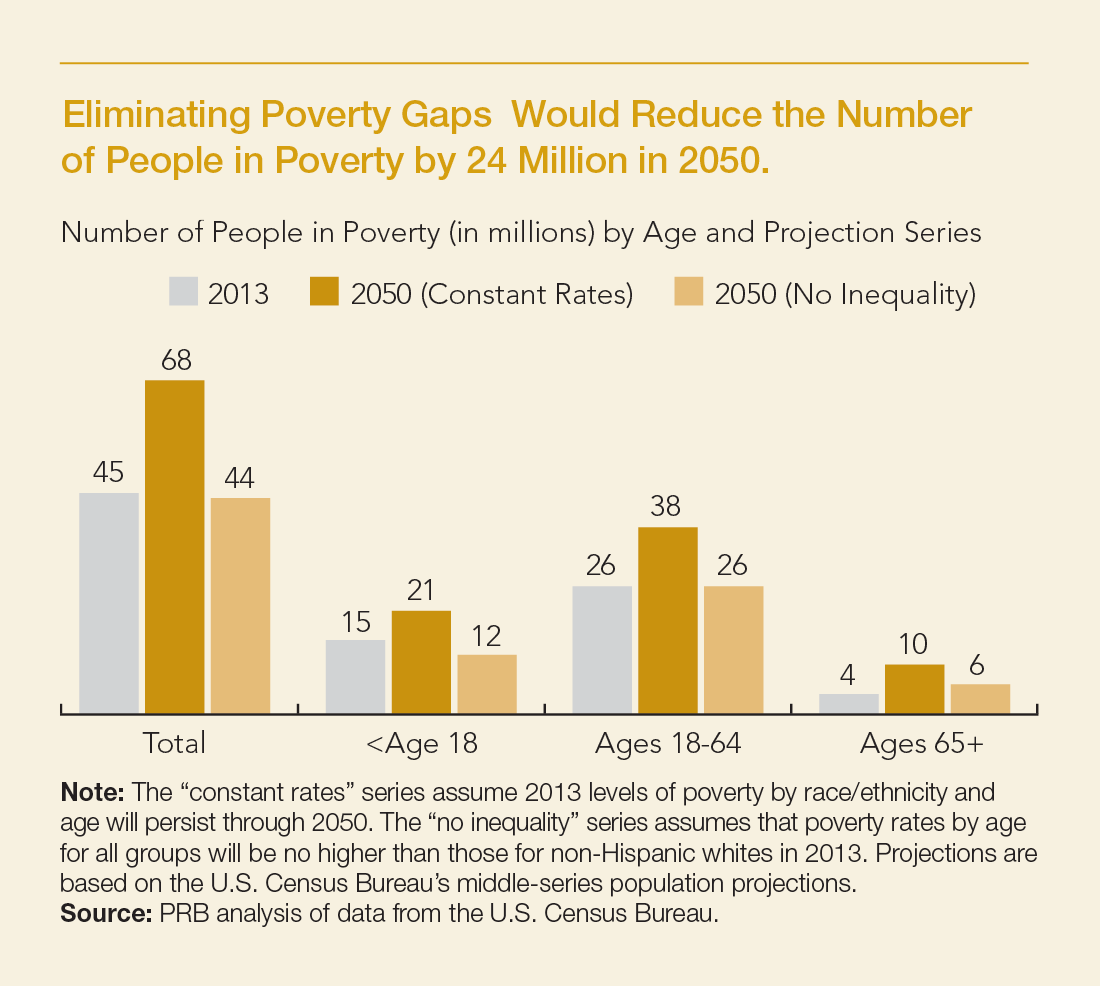