Evaluation highlights stakeholder commitment to a common vision in quest for policy change. 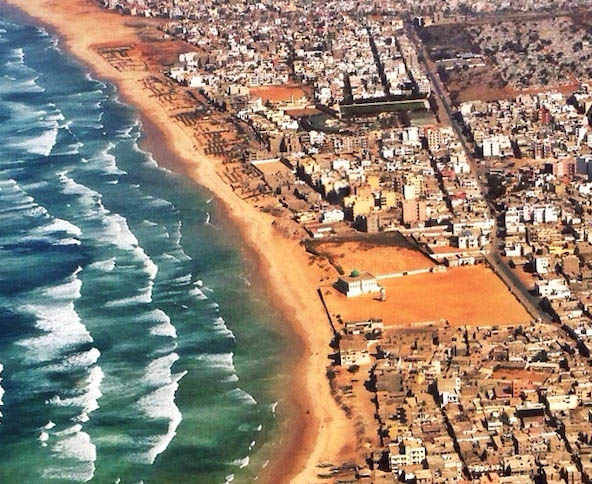 Policy advocates have a keen understanding of the adage “Timing is everything.” They often look for a window of opportunity, when multiple social and political factors converge, to create the potential for progress toward a policy goal.

Over the past three years in Côte d’Ivoire, PRB’s SAFE ENGAGE project hoped the confluence of a new Ivorian constitution and progress on a new reproductive health law would provide a window of opportunity to work with government and civil society partners to increase access to safe legal abortion. While evidence could not be found to link the project’s efforts to policy change, the project spurred important dialogue that could inspire change in the future.

SAFE ENGAGE focused its early advocacy efforts on the passage of a proposed reproductive health law. The proposed law provided a perfect chance to convene local advocates to interrogate the evidence about the role of contraception, safe abortion, and postabortion care in preventing maternal deaths. If the law passed, it would elevate reproductive health issues onto the national policy agenda.

Most Ivoirian women do not have access to legal and safe abortion care: More than 6 out of 10 abortions in Côte d’Ivoire in 2018 were unsafe. Unsafe abortion is a leading contributor to maternal death and disability around the world and is estimated to be responsible for more than 1 in 6 pregnancy-related deaths in Western Africa. Expanding access to safe abortion would allow Côte d’Ivoire to reduce maternal death and disability and invest more successfully in the future of its women and girls.

Working with local partners, SAFE ENGAGE co-created and disseminated a set of videos to build public awareness of the causes and consequences of unsafe abortions in Côte d’Ivoire and to increase support for greater access to comprehensive reproductive health services, including safe abortion. The project established a task force, led by local partner the Association Ivoirienne pour le Bien-Etre Familial (AIBEF), that included more than twenty organizations and representatives from the Ministry of Health and Public Hygiene, most notably the Programme Nationale de la Santé des Mères et Enfants (PNSME), which focuses on women’s and children’s health. During the ENGAGE co-creation process, experts shared information on legal frameworks and the relevance of the Maputo Protocol in that framework. The process built the capacity of advocates to use evidence and data on abortion, and the dissemination reached national and local audiences.

On a parallel track, SAFE ENGAGE also conducted independent media training in Côte d’Ivoire to give journalists both the knowledge and network to produce informed stories about abortion in a way that was appropriate for their outlets and communities. Media activities were intentionally simultaneous to rather than integrated into the work of the task force since it was not meant to either promote the ENGAGE video or the task force’s work.

At the same time, Côte d’Ivoire passed an important law—Law No. 2019-574 pertaining to the Penal Code—making abortion in the case of rape no longer punishable, provided certain criteria are met. Under the old law, only abortion to save the life of the mother was legal. This change to the Penal Code expanded access to abortion and aligned the country more closely with the Maputo Protocol.

Legal Change Due to Multiple Influences

Did the SAFE ENGAGE co-creation and dissemination of a video contribute to the Penal Code revision on abortion? To find out, the project conducted a contribution tracing analysis to determine if a causal chain of events could link components of the intervention to the 2019 penal code change.

Based on reactions to the video, the project team believed that the intervention could have influenced the new law. However, the contribution tracing analysis could not confirm with any confidence that the SAFE ENGAGE intervention in Côte d’Ivoire produced this policy change. Instead, evaluators determined that the intervention would have needed to start many more months before the change in the Penal Code, or to have reached specific people in the Ministry of Justice, to have influenced the law.

Evaluators decided that a more likely explanation for Penal Code revision was the influence of the United Nations. In 2015, the Côte d’Ivoire government announced it would be modifying the Penal Code to conform with the international humanitarian law. At the same time, the UN Committee for the Elimination of all Discrimination Against Women had been pressing the government to take action to redress gender-based violence, rape, and access to safe abortion, specifically requesting legalization of abortion at least in the case of rape, incest, and fetal malformation, as well as broad decriminalization of abortion.

Although evaluators did not find evidence to indicate the intervention influenced the Penal Code, their analysis revealed other positive outcomes. Local ownership of the messaging and recommendations around abortion, a hallmark of the SAFE ENGAGE intervention, resonated strongly in Côte d’Ivoire: In addition to the main video, task force members decided to create several supporting videos, pushing to make sure that the messages aligned with the proposed reproductive health law. They also held extra meetings after the videos launched to ensure a more cohesive dissemination strategy given lessons learned in initial dissemination efforts. Ultimately, these organizations completed more than 40 dissemination activities, contributing to both national and local level policy dialogue.

Directly following SAFE ENGAGE events in local communities, some officials made commitments to sensitization around reproductive health issues. At least three communities signed declarations in favor of giving every individual free access to contraceptives, and some religious leaders even spoke in support of some of the recommendations.

Task force interactions with the media also created opportunities for dialogue. Some task force members made presentations or participated in a panel at PRB workshops for selected journalists and an informational meeting for editors-in-chief. The media training was not designed to disseminate the SAFE ENGAGE messages developed by the task force. However, the availability of task force members for interviews and their interaction with the journalists created another path through which the task force could influence policy dialogue. One journalist trained by SAFE ENGAGE interviewed imams and traditional leaders about their views on abortion and reproductive health on Al Bayane, a Muslim radio station rated the most-listened-to radio in Cote d’Ivoire, representing a significant policy breakthrough given religious opposition had prevented the passage of previous reproductive health laws.

Together, these outcomes showed stakeholder commitment to a common vision and cohesiveness that improves the effectiveness of advocacy and policy dialogue. In addition to analysis for Côte d’Ivoire, the SAFE ENGAGE project conducted contribution tracing for its work in Lagos State. In both cases, the goal was to evaluate the role of the intervention in the project’s efforts to improve access to safe abortion.

The technical report is available for more information.